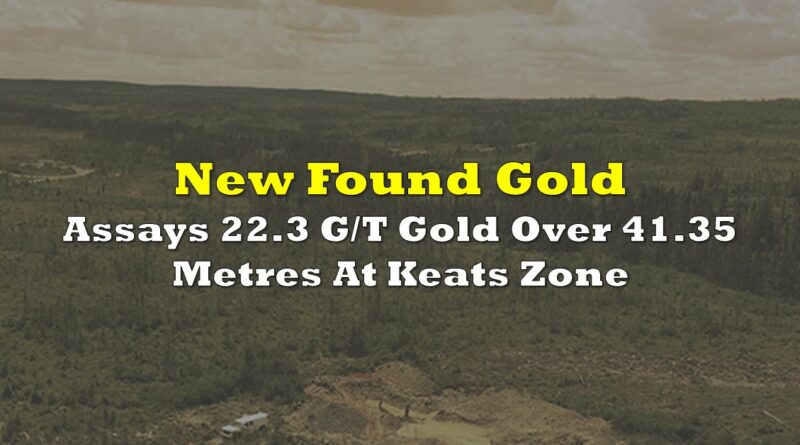 New Found Gold (TSXV: NFG) this morning released preliminary drill results from four drill holes conducted at the Keats Zone of the Queensway Gold project in Newfoundland. Highlights from the drill program includine 22.3 g/t gold over 41.35 metres, including an interval of 68.6 g/t gold over 11.35 metres from hole NFGC-20-23.

The assay data released this morning is part of an ongoing 100,000 metre drill campaign being conducted at New Found Gold’s flagship property. The four holes are part of a 3 hole by 3 hole pattern conducted around hole NFGC-19-01, which last year returned a value of 92.9 g/t gold over 19.0 metres. The pattern was conducted on a ten metre step out to establish the geometry and orientation of the vein that was hit.

Intervals of mineralization are said to have been hit at depths statting between 82.7 metres and 101.7 metres downhole. Four additional holes have been completed as part of the 10 metre step outs from the centre hole, with results sent for assays on a rushed basis. Further step out drilling was conducted fifty metres to both the north and south as well.

New Found Gold last traded at $3.28 on the TSX Venture. 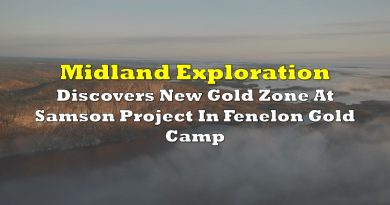 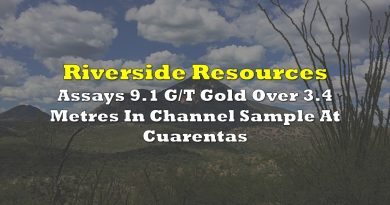 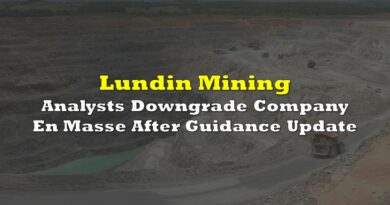