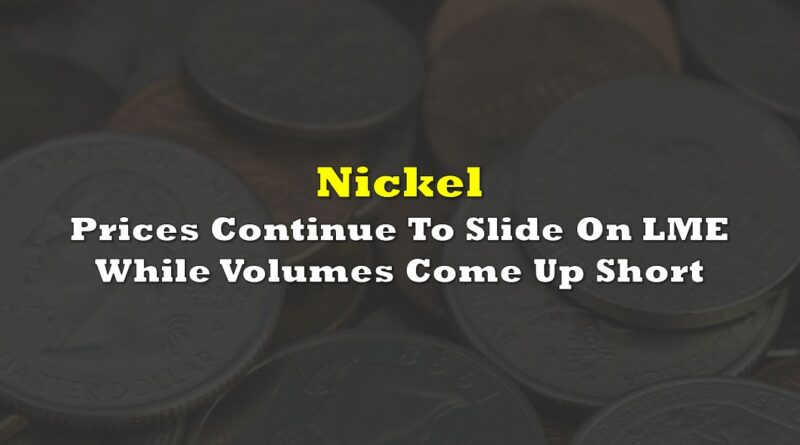 Consistent with the price trajectories of many other non-energy commodities, nickel prices have corrected sharply over the last six weeks. Despite being one of the most important elements used in electric vehicle (EV) batteries, nickel has dropped by about one-third over this relatively brief period.

Investors fear that aggressive tightening actions by central banks will cause the global economy to slow and have in general decided to sell first and ask questions later.

While this price action might suggest the nickel market is performing rationally, the truth is the market continues not to be fully functioning. The volume traded on the London Metal Exchange (LME) declined a remarkable 21% in 2Q 2022 from 1Q 2022 levels at a time when nickel demand was at an all-time high. This suggests the benchmark LME price may not be an accurate gauge of the price and demand for nickel. Until just a few months ago, the LME was known as the foremost trading and price discovery venue for industrial metals, including nickel.

In turn, nickel producers may find it more difficult to effectively hedge their future output (especially after the economic slowdown occurs or after concerns about its potential occurrence abate). EV makers may then have to charge higher prices for their models, as OEMs must account for higher and more volatile nickel prices in vehicle pricing.

The potential long-lasting dislocation in the nickel market traces to a massive short bet by China’s Tsingshan Holding Group, and the remarkably preferential way the company and its founder and controlling shareholder, Xiang Guangda, were treated by the LME after the market exploded higher in early March. By then, Tsingshan had accumulated an approximate 150,000-tonne short nickel position, equivalent to one-eighth of all outstanding nickel contracts. About 20% of the position was held on the LME, and 80% was established off exchange via OTC trades with as many as ten banks and brokers such as JPMorgan and BNP Paribas.

Russia’s invasion of Ukraine provided a catalyst for nickel prices to move sharply higher in early March, and rumors of a short squeeze provided even more impetus. Prior to the war, Russia produced about 20% of the world’s top-grade nickel. Prices spiked to US$100,000 per tonne on March 8 as Tsingshan faced mounting margin calls on its short position. The company faced a crippling loss of perhaps US$10 billion.

In an unprecedented decision, the LME decided to retroactively cancel 9,000 trades worth about US$4 billion, transactions reached by willing buyers and sellers at the highest prices in the name of market stability. (Imagine the outrage of a typical trader if he/she completed a very profitable stock trade on the TSX, and then the TSX decided to invalidate the trade after the fact.) The LME then decided to close its nickel futures market for more than a week.

This caused nickel prices to decline to around US$50,000, but the politically connected Mr. Guangda reportedly still refused to cover his position at that price — and remarkably was not forced to do so by both the LME and the banks/brokers on the other side of that trade. (The LME introduced a rule that allowed an entity which has a short position due for delivery and cannot deliver the physical nickel to simply pay a fee to roll the contract over. This LME decision looks even more suspicious when one considers that Tsingshan does not produce Class 1 nickel, the only type of nickel the exchange accepts for delivery on a nickel futures contract.)

When the price dropped further to US$30,000, he reportedly agreed to zero out his position and incurred a much more manageable loss of around US$1 billion. Because of its leniency, JP Morgan was not as lucky; it incurred a nickel-related loss of US$120 million in 1Q 2022, much of it presumably due to this trading scenario.

At least two hedge funds, Elliott Associates and Jane Street Global Trading, have sued the LME for its seemingly preferential actions. The suits, which seek a combined US$472 million in damages, were filed with London’s High Court.  (The LME is owned by Hong Kong Exchanges and Clearing.) No time frame for a decision has been released.

Perhaps a ruling in favor of the hedge funds would lead to a fairer trading market for nickel.

Information for this briefing was found via Trading Economics and the sources mentioned. The author has no securities or affiliations related to the organizations discussed. Not a recommendation to buy or sell. Always do additional research and consult a professional before purchasing a security. The author holds no licenses. 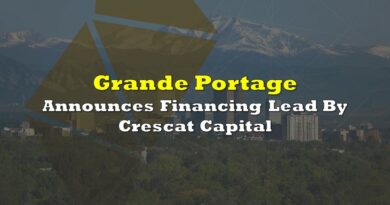 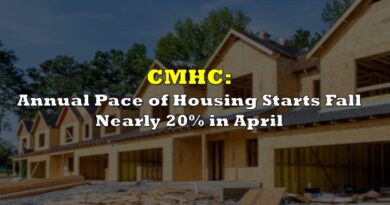 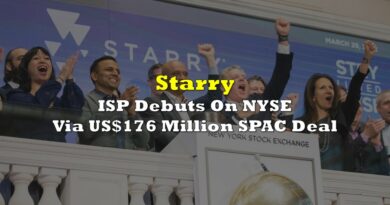 ISP Starry Debuts On NYSE Via US$176 Million SPAC Deal