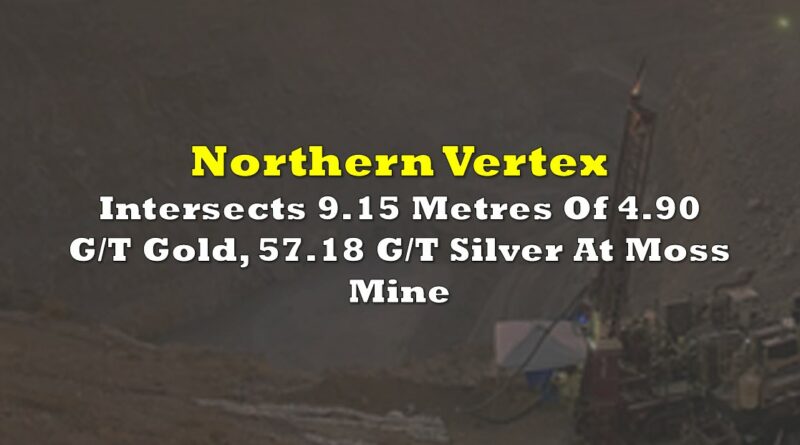 Northern Vertex Mining (TSXV: NEE) this morning released results from its infill and expansion drill program being undertaken at its Moss Mine in Arizona. Highlight results from the program include 9.15 metres of 4.90 g/t gold and 57.18 silver within the Moss vein.

Results presented by the company this morning come from both the the Ruth and Moss veins on the property, which are south of the Moss Mine Center pit. The company has identified that the veins at most are roughly 175 metres apart at surface, with that gap narrowing at depth before intersecting 100 metres below the south wall of the center pit. The Ruth vein has notable mineralization for a strike length of at least 500 metres.

A total of eighteen drill results were released this morning, with highlights including:

Northern Vertex Mining last traded at $0.385 on the TSX Venture. 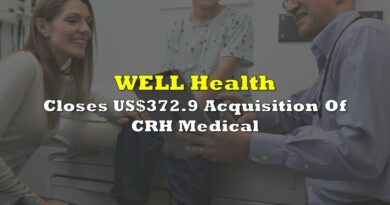 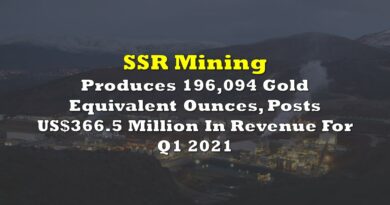 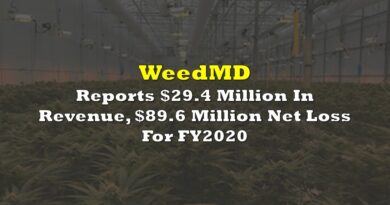