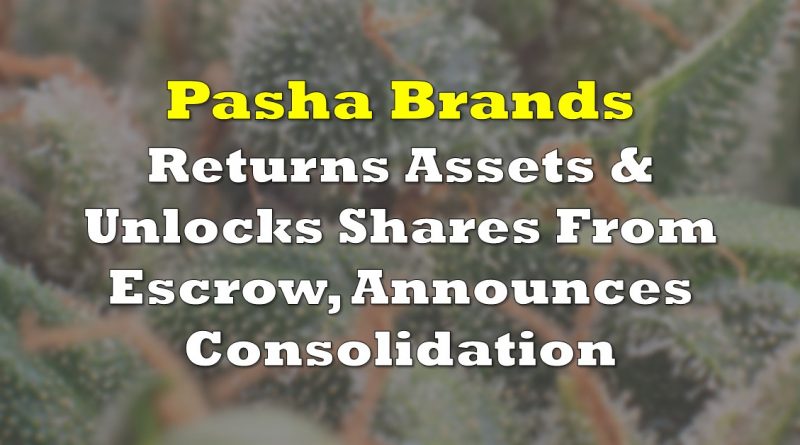 Pasha Brands (CSE: CRFT) this week announced news of restructuring as well as the return of certain assets to the original vendors due to the inability to provide the cash required under the terms of the original agreement. Confusingly however, the vendor has retained the original shares issued in connection with arrangement and the company has gone one step further by releasing these shares from escrow.

Referred to as being a “debt settlement,” Pasha Brands will be handing over its subsidiary 1160988 B.C. Ltd. to the original vendors of the tradename CBD Therapeutics. The subsidiary is the holder of all assets related to CBD Therapeutics. In exchange for this, it will settle outstanding debt owed by the company to the tune of $2.75 million. Additionally, 17,510,072 common shares of Pasha Brands held by the vendors will be released from a voluntary pooling arrangement effective immediately, resulting in the shares being free trading.

Pasha Brands originally agreed to pay $5.0 million in cash plus 50 million common shares for the questionable assets. Now, the company is short $2.25 million, 50 million shares, and no longer has the assets.

Additionally, the company concurrently announced that it will be conducted a reverse split one a one for twelve basis, reducing its outstanding share count to that of 16,216,612 common shares outstanding. Immediately after that, Pasha will be conducting a financing to the tune of up to $5.0 million at a price of $0.72 per unit. Each unit consists of one common share and one half of a common share purchase warrant, with an exercise price of $1.02 for a period of 36 months. Should it be fully subscribed, 6,944,444 units are expected to be issued.

Finally, Pasha Brands is looking to level with its currently outstanding convertible debenture holders. The company is seeking approval from the exchange to settle the currently outstanding $12,261,456 by issuing 12,021,035 units of the company on a post consolidation basis, at a value of $1.02 per unit. Each unit is to include one common share and one share purchase warrant, with an exercise price of $1.20 for a period of 36 months following closing.

Pasha Brands remains halted on the CSE. The company has been halted since November 27 due to major board resignations. 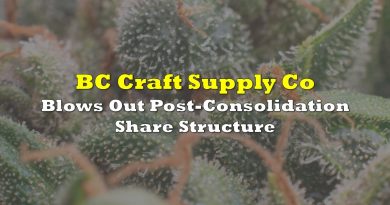 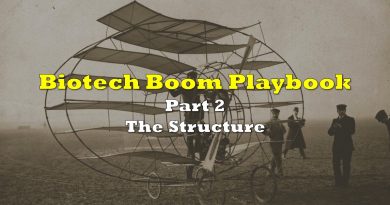 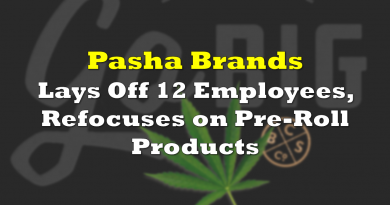