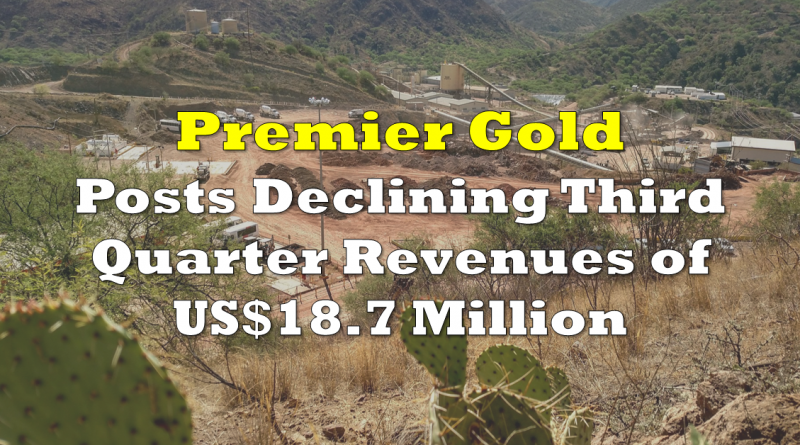 Premier Gold Mines (TSX: PG) announced its third quarter operating results this morning, reporting total revenues of US$18.7 million for the period ended September 30, 2019. Revenues were down on both a quarter over quarter and year over year basis, with the firm posting revenues of $22.9 million and $27.3 million for those periods respectively.

Production figures were also down, with 16,484 ounces of gold and 37,856 ounces of silver being produced during the three month period, compared to 20,100 oz of gold and 89,512 oz of silver in the year ago period. Production decreases are a result of lower than expected grades being realized as well as a large natural void that was discovered at Premier’s Mercedes mine. Compounding the issuers were delays in the construction of key ventilation infrastructure that slowed operations.

Premier has indicated that it has since revised its geological interpretations and statistical models for the mine as a result of the on site findings.

Total expenses during the period amounted to $9.8 million, with exploration, evaluation and pre-development taking up the largest portion at $6.4 million. General and administrative expenses came in at $2.1 million, while share based payments amounted to $0.7 million.

Premier Gold last traded at $1.98 on the Toronto Stock Exchange.

Information for this briefing was found via Sedar and Premier Gold. The author has no securities or affiliations related to this organization. Not a recommendation to buy or sell. Always do additional research and consult a professional before purchasing a security. The author holds no licenses. 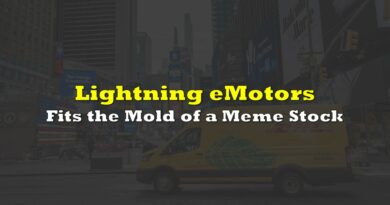 Lightning eMotors Fits the Mold of a Meme Stock 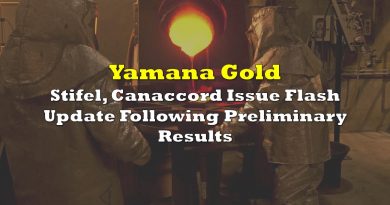 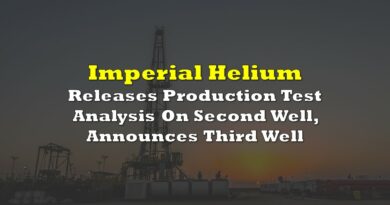