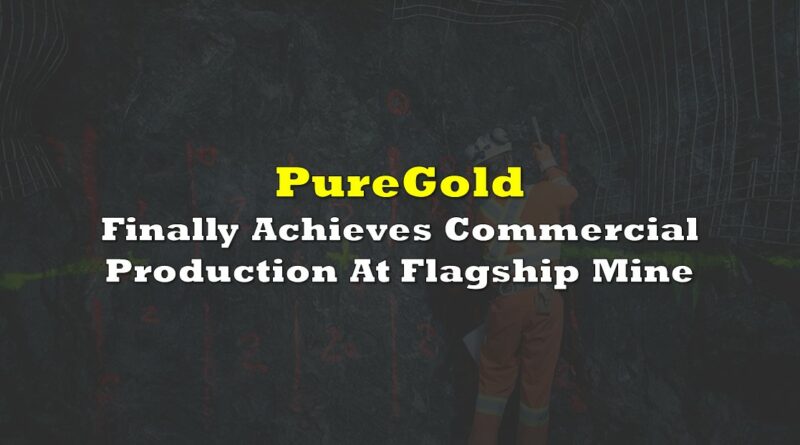 Pure Gold Mining (TSXV: PGM) this morning had a rather significant announcement. The firm has finally achieved commercial production at its PureGold Mine in Red Lake, Ontario.

The official declaration follows an extended period of commissioning at the mine. The company conducted its first gold pour back in December 2020, after which it stated that it expected to declare commercial production by the end of the first quarter of 2021, with guidance expected to be issued at the same time.

Things however did not quite go to plan. The company postponed the date for official commercial production and then in May indicated that it anticipated to hit production by the end of the second quarter, following the firm intersecting high grade gold mineralization.

Despite this, official production evidently was delayed slightly yet again, with commercial production declared effective as of August 1 today. The company is now nearing its design capacity of 800 tonnes per day of ore, with its mine and milling systems fully operating.

Pure Gold Mining last traded at $1.31 on the TSX Venture. 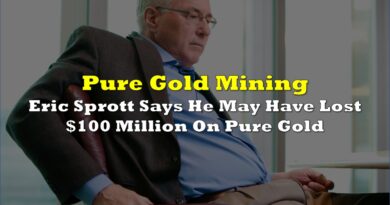 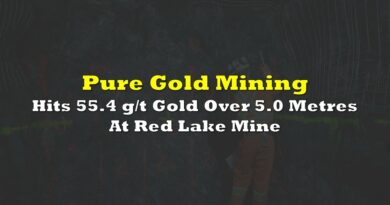 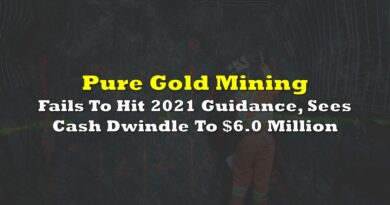