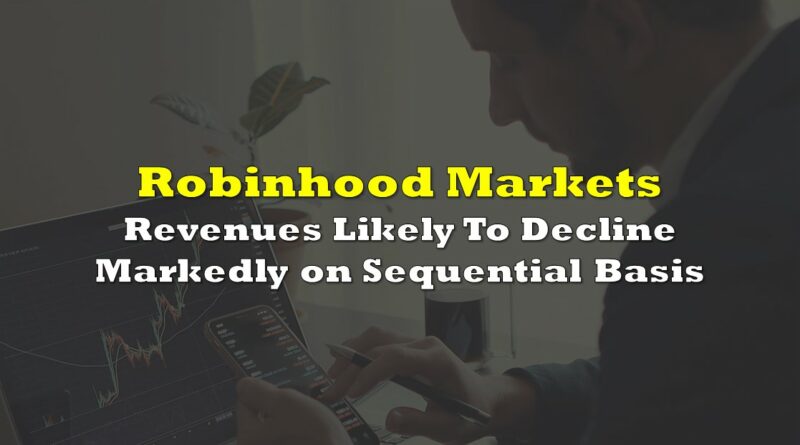 Robinhood Markets Inc. (NASDAQ: HOOD) plans to release 3Q 2021 earnings on October 26, and analysts have paid attention to the company’s warning that third quarter revenue will be down from 2Q 2021 levels. Specifically, Robinhood analysts on average estimate 3Q 2021 revenues will be US$431 million, down from US$565 million in the second quarter.

It can be debated whether, in light of such a sequential downturn, Robinhood’s equity market capitalization should be as high as its current US$34.3 billion. However, a potentially more pressing issue could be two key customer statistics in the 3Q 2021 report.

First, Apptopia, a well-respected app intelligence provider, reports that downloads of Robinhood’s app in 3Q 2021 declined 78% from 2Q 2021. The number of such downloads is likely highly correlated with account openings. Cumulative funded accounts totaled 22.5 million, 18.0 million, and 12.5 million as June 30, March 31, and December 31, respectively, implying that around 4.5 million new accounts were opened in 2Q 2021 and 5.5 million in 1Q 2021. If the Apptopia data proves to be accurate, account openings may only total around one million in 3Q 2021.

Second, Apptopia also notes that Robinhood’s daily active users (a proxy for retail activity level) declined about 40% in 3Q 2021 from the June quarter. Robinhood had 21.3 million and 17.7 million monthly active users in 2Q 2021 and 1Q 2021, respectively. Again, if Apptopia’s data is consistent with Robinhood’s tabulations, Robinhood’s active monthly user total could slide to around 13 million in 3Q 2021.

Downturns in these Robinhood statistics could be correlated with a significant increase in sports betting, potentially due to the start of NFL football in the U.S. According to a report by Morgan Stanley analysts, sports betting app downloads increased 183% in September 2021 compared with September 2020. Supporting this notion is a report by GeoComply, a firm which provides fraud prevention services and claims it can verify a customer’s true digital identity. In October 2021, GeoComply declared that the year-to-date dollars wagered on sports was 122% higher than over the same period a year ago.

Separately, Bloomberg reported that Cathie Wood of Ark Invest, perhaps Robinhood’s most high-profile supporter, made some unusual comments regarding the company on October 15. Wood, who has not shied from owning and adding to positions in highly valued stocks, compared “meme” stocks to “dinosaurs” at an investment conference in Australia. She elaborated that “the only one people might consider a meme stock that we own, or have ever owned, is Robinhood.”

Robinhood awaits the SEC’s decision on its “payment for order flow,” or PFOF, business practice. PFOF, simply defined, is a methodology whereby an online brokerage firm like Robinhood directs clients’ orders to market makers in exchange for fees. This technique, which allows Robinhood to charge no commissions, is derided by full-service (commission-charging) brokers, which contend that the practice results in a less favorable transaction price for the online brokers’ clients. In both 2Q 2021 and the entire first half of 2021, about 80% of Robinhood’s total revenues came from PFOF for equities and options, and similar “transaction rebates” for cryptocurrencies.

Robinhood has established a fast-growing business quickly and posted strong revenue growth. However, the stock trades at elevated, near “meme stock” valuation levels — despite the looming PFOF risk. It trades at an enterprise value-to-annualized adjusted EBITDA ratio of nearly 90x, an extraordinarily high figure for any growth company.

Robinhood Markets Inc. last traded at US$41.03 on the NASDAQ. 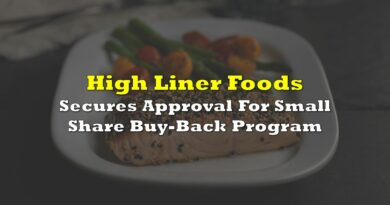 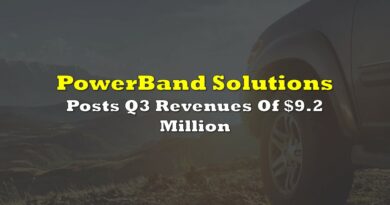 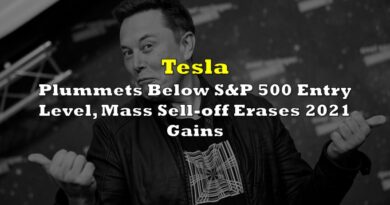