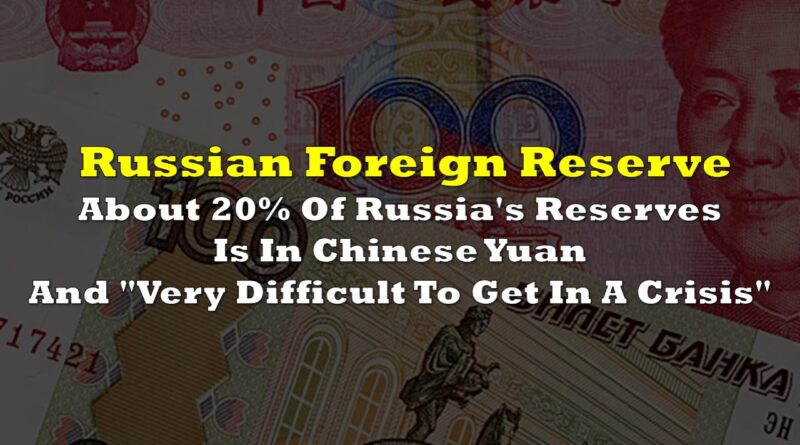 It seems that around one-fifth of Russia’s foreign reserves are taken “hostage” by China as the Moscow’s central bank admitted that it would be difficult to withdraw reserves invested in yuan without making a strong case.

In a presentation by the Central Bank of the Russian Federation, the country is looking into buying more reserves in other “friendly” currencies in a bid to breathe life to the stumbling ruble.

“The frozen $300 billion were of no help to Russia; on the contrary, they became a vulnerability and a symbol of missed opportunities,” the presentation read, reported from a copy seen by Bloomberg. “In the new situation, accumulating liquid foreign exchange reserves for future crises is extremely difficult and not expedient.”

The plan proposes to spend 4.4 trillion rubles (roughly US$70 billion) to shore up reserves in foreign currencies. But the central bank admitted that finding a strategic purchase in a “friendly currency” would be hard. The presentation noted that should the country wants to withdraw its yuan investment–sell the holdings–it “requires separate agreement with China, which will be very hard to get in a crisis.”

UAE dirham are subject to “high political risks,” as the Middle East nation aims to benefit from economic trades with both West and East, while Turkish lira faces major devaluation risks.

Majority of Russia’s foreign reserves are invested in currencies by countries that imposed sanctions on the Kremlin since the war in Ukraine broke out. Before the conflict, Moscow has around US$640 billion in foreign reserves–about half of which remains frozen giving effect to the sanctions.

Russia’s gold–the fifth largest reserve in the world–is also effectively frozen due to sanctions. It would be difficult for the country to liquidate this asset as it has characteristic impurities identifier of the country of origin.

Before the war, Russia reported that it had US$105 billion in yuan holdings, a result of years of racking up investments in the Chinese currency. The value of the country’s total foreign reserves has been steadily declining since the war broke, ending at US$574.8 billion as of August 5.

This effectively equates that almost 20% of the country’s foreign reserves is in yuan and would be difficult to withdraw without the special agreement with authority counterparts in Beijing.

The plan to purchase “friendly” currencies is facing multiple hurdles and considerations.

Chinese yuan has fallen around 8.7% year-to-date, currently valued at nearly 7 yuan to a dollar.

Information for this briefing was found via Bloomberg, The Moscow Times, and the sources mentioned. The author has no securities or affiliations related to this organization. Not a recommendation to buy or sell. Always do additional research and consult a professional before purchasing a security. The author holds no licenses. 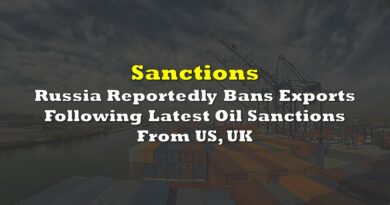 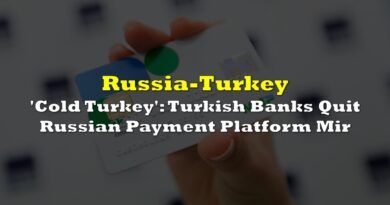 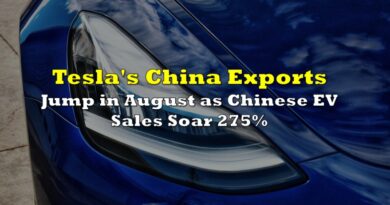