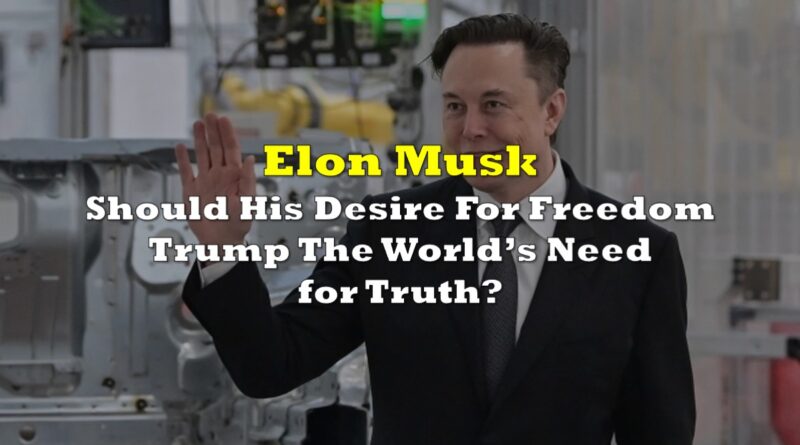 Elon Musk wants to own 100% of Twitter (NYSE: TWTR), and he believes it all boils down to his desire for free speech.

“I invested in Twitter as I believe in its potential to be the platform for free speech around the globe, and I believe free speech is a societal imperative for a functioning democracy,” he said in the SEC filing. “However, since making my investment I now realize the company will neither thrive nor serve this societal imperative in its current form. Twitter needs to be transformed as a private company.”

Musk’s move was in no way unexpected, especially after he declined a board seat that would have made it imperative for him to take a more passive role in the company, and possibly curtail his right to free speech — including, but not limited to his troll-y, controversial polls.

The billionaire sat down with Chris Anderson for TED 2022 shortly after he filed the US$43 million offer.

At the interview, the billionaire talked about what, for him, constitutes free speech, and it didn’t seem to have a lot to do with democracy, or, in any way, with truth.

Musk’s absolutist view undermines the platform’s efforts toward creating a “safe space for free expression,” where they try to police rampant misinformation. And the company has pledged to “minimize the distribution and reach of harmful or misleading information, especially when its intent is to disrupt a civic process or cause offline harm.”

And while he recognized that freedom has its limits and the platform should still adhere to the law, he did not discuss what would constitute the delineation.

Musk emphasized that the algorithm should be open-source, and people should be able to see what happens to their tweets — to track how a tweet is “emphasized or de-emphasized, that action should be made apparent so anyone can see that action’s been taken so there’s no behind the scenes manipulation, either algorithmically or manually.”

His version of free speech also includes the ability to edit one’s tweets.

Twitter has so far been able to temporarily rebuff the takeover by adopting a “poison pill” mechanism. This means that if Musk buys more than 15% of the company, Twitter would sell new shares that all shareholders, except for Musk, can buy at a discount. This will buy the company time to negotiate a deal that best matches the company’s value (and maybe also: values).

When Anderson asked whether funding is indeed secured, Musk gave a vague response: “I have sufficient assets to complete the… It’s not a forward-looking statement — blah, blah, blah. But, I mean, I can do it if possible.”

The US$43 billion offer is still a bit of a reach even for the richest person in the world. Musk has only about US$3 billion cash on hand, and most of what remains of his vast wealth is tied up in Tesla (NASDAQ: TSLA). So for Musk to be able to actually afford the takeover, he needs to either sell a considerable portion of his precious Tesla shares, or get a few billionaires or investment groups to help him secure the funds. And that raises even more questions — it’s a small world after all, and there are but a few billionaires out there who want in on social media, on freedom of speech, and getting their version of the truth out there. Especially so close to the midterm elections.

Musk averted talking about the dangers of media ownership by bringing up Mark Zuckerberg and how he owns and controls Facebook, Instagram, and WhatsApp.

Musk keeps describing Twitter as the world’s “de facto town square,” and all signs point to his takeover bid being an attempt to establish himself as the de facto leader of the free world where people, regardless of who they are  — or how dangerously influential they can be — can say whatever they want.

He appears more concerned over what the algorithm does to a tweet than what a tweet can do to impact real life. It seems that the move, much like many of his tweets, is still a half-formed thought, driven mostly by the urgent desire to be heard, to take over, to dominate.

Musk’s takeover bid caused an old MSNBC clip to resurface over the weekend. It’s the one where “Morning Joe” anchor Mika Brzezinski had a slip about who controls what people think.

And speaking of throwbacks, here’s one from 2020. Jack Dorsey’s by-the-way question isn’t so funny now, is it?

Information for this briefing was found via Twitter, Bloomberg and the sources mentioned. The author has no securities or affiliations related to this organization. Not a recommendation to buy or sell. Always do additional research and consult a professional before purchasing a security. The author holds no licenses. 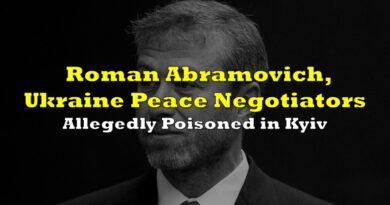 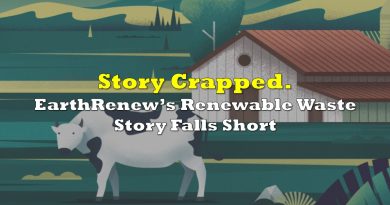 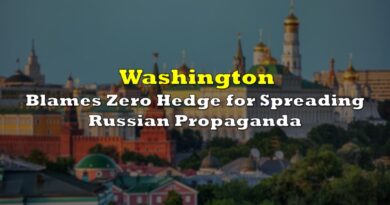