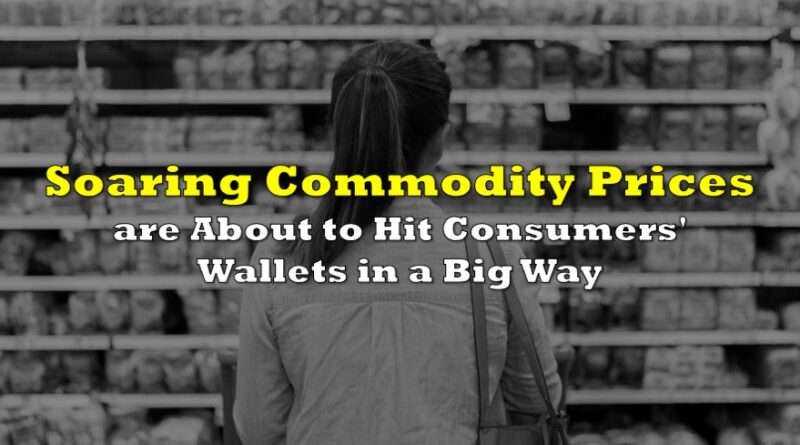 Commodity prices have been sent soaring over the past year, significantly affecting consumer goods-producing companies, which, in turn, will be passing on the increasing costs to customers.

Deepening global supply chain disruptions have caused commodity prices to skyrocket over the past 12 months, especially for crops. The Bloomberg Agriculture Spot Index— which monitors key farm commodities— rose by the most in nearly nine years. This has caused a significant rally across all crop markets, as supply shortages in one good forces demand to increase in an alternative good. Wheat prices jumped by almost 5% to US$7.76 a bushel— the highest since February 2013. Similarly, soybean prices have rallied for the 10th session in a row, reaching the highest in nearly eight years.

Similarly, the price of lumber has soared by more than 40% to above $1,420— the highest in record, amid high demand in the housing and construction sector. Pandemic-related shutdowns at sawmills, trucking delays, and worker shortages have also contributed to low supply, further fuelling the price rally.

At the same time, a number of consumer-staple companies have announced they will be raising prices for a number of goods due to cost-push inflation pressures. Last week, Coca-Cola CEO James Quincey told CNBC that the company would increase prices for its products due to higher costs associated with rising commodity prices. Other consumer goods giants have recently made similar remarks, with Kimberly-Clark, JM Smucker, Procter & Gamble, and General Mills also noting they are experiencing increasing costs for raw goods and will subsequently raise prices.

Back in March, General Mills CEO Jess Harmening told investors that his company would hike prices in the coming months amid growing inflation pressures. “So, I would start by saying that inflation is very broad-based, and it’s actually global. So, we are seeing it across the globe, and it’s broad-based across commodities, across logistics, across things like aluminum and steel,” he said as quoted by the Business Insider.

Also last week, Proctor & Gamble, the maker of a variety of household goods including Charmin and Tide, announced that it too, plans on hiking prices across several product categories. The company said in its fiscal third quarter results that consumers should expect prices for feminine care, baby care, and adult-incontinence products to increase come September in response to rising commodity prices.

Information for this briefing was found via Bloomberg, CNBC, Business Insider, General Mills, Coca-Cola, and P&G. The author has no securities or affiliations related to this organization. Not a recommendation to buy or sell. Always do additional research and consult a professional before purchasing a security. The author holds no licenses. 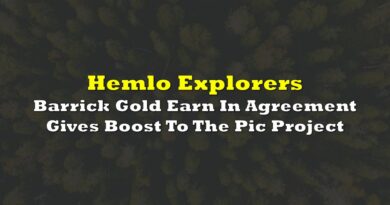 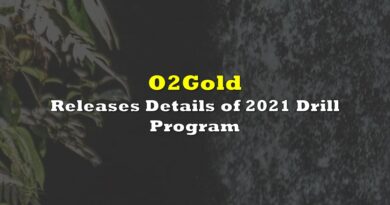 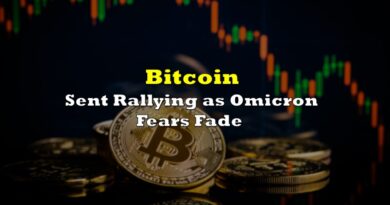