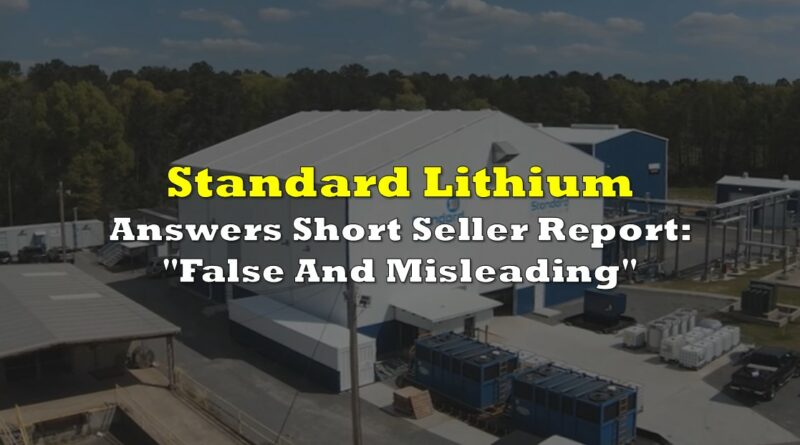 Standard Lithium (TSXV: SLI) answered on Thursday the allegations hurled by Hindenburg Research in its short report. The firm said it is responding to the document which it deemed “false and misleading.”

In its full report also released on Thursday, entitled “Standard Lithium: All The Hallmarks of A Made-In-Vancouver Stock Promotion Scheme Fueled By EV Lithium Hype,” the research firm raised a number of red flags on the lithium firm including casting doubts on its direct-lithium-extraction (DLE) technology.

“Standard Lithium is a zero-revenue mining company that uplisted to the NYSE in July 2021 with a fantastic-sounding story of being a first mover in direct-lithium-extraction (DLE), a technology that aims to revolutionize lithium mining,” opens the report.

Hindenburg Research also disclosed that it has taken a short position on the lithium firm “after extensive research.” Following the release of the report, Standard Lithium’s stock declined by 22%.

The report mainly discussed Standard Lithium CEO Robert Mintak and his experience with his past companies, especially as former CEO of another lithium company Pure Energy Minerals. The research firm alleges that the latter also “touted proprietary DLE technology” but failed to commercialize it after extensive stock promotion.

“Standard Lithium appears to us to be a regurgitation of Mintak’s prior company, Pure Energy Minerals, using the same Vancouver stock playbook as Mintak’s numerous other failed ventures,” the report added.

The research firm also added that Standard Lithium’s claim of its proprietary “LiSTR” DLE technology is apparently “based on three patent applications it purchased in 2018,” with two of which have been deemed “unpatentable” by the United States Patent and Trademark Office. The report added that “LiSTR” is similar to Pure Energy’s “LiSX” technology.

Further, the report also claimed that the lithium firm spent $5 million on “advertising and investor relations” compared to about $1.7 million on research & development since the latter went public. It added that the budget for R&D in fiscal 2021 dropped to zero.

Standard Lithium answered some of the report’s allegations, highlighting the research firm’s short position on the company.

“Under Mr. Mintak’s leadership, management is executing a clear strategy, which has been to build a large asset base in a region which supports project development and to develop and de-risk a bespoke DLE technology that can be deployed using Standard Lithium’s and its partner’s lithium brine assets,” the company statement read.

The lithium firm added that it has achieved “substantial progress” through technology scale-ups and has been “successfully operating” the demonstration plant at the facility in Arkansas since May 2020. The research firm alleged in its report that the flagship project is experiencing delays based on the comments of the lithium firm’s partner Lanxess CEO Matthias Zachert regarding insufficient proof-of-concept.

“[We] would only inject money once proof-of-concept from our perspective is fully there in all aspects,” said Zachert in Lanxness’ Q2 2021 earnings call.

Standard Lithium also said it “has sourced and developed a significant asset base over the last five years” in southern Arkansas and southern California with partners like Lanxness, Tetra Technologies, and National Chloride.

Regarding the patent claim, Standard Lithium said all of its applications “are active and continue to be prosecuted in the ordinary course.”

Hindenburg also claimed that Koch Investments, which recently took a US$100 million stake in Standard Lithium, “missed red flags and failed in its due diligence in its haste to deploy capital.” According to a Reuters report, Koch spokesperson Christin Fernandez answered that the investment firm “conducted extensive due diligence” that saw the lithium firm’s technology as “a promising bright spot on the path towards lithium production.”

The lithium firm also signed a letter of intent for a lithium chemical off-take and the procurement of key raw materials with Koch Minerals & Trading (KM&T) in January 2022.

Standard Lithium closed yesterdays session at $6.80 on the TSX Venture, down 25.93% on the day. 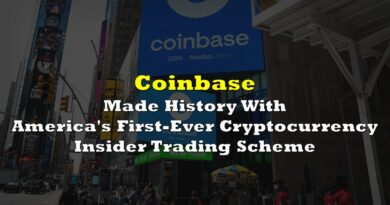 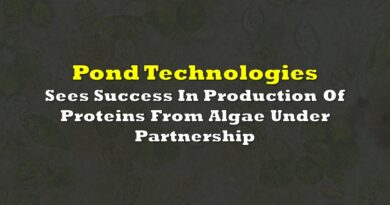 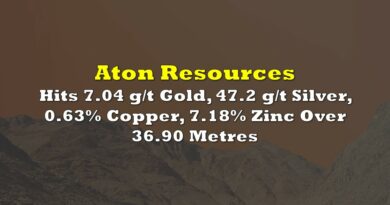