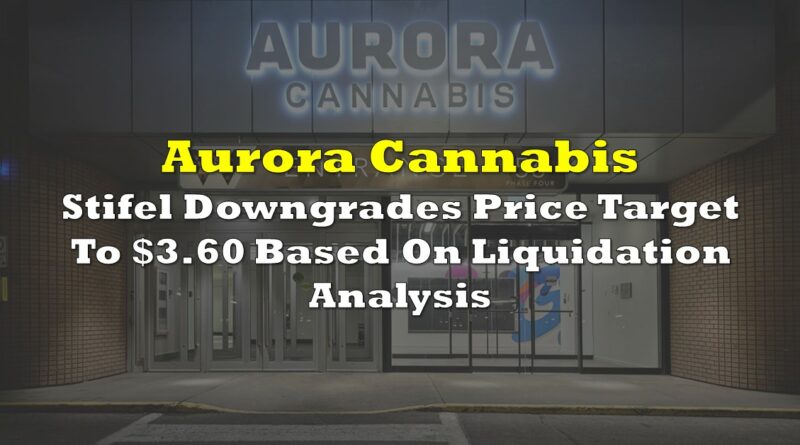 This morning, Stifel downgraded their 12-month price target on Aurora Cannabis (TSX: ACB) (NYSE: ACB) to C$3.60 from C$10.50 and reiterated its hold rating, based on a liquidation analysis of the company. This comes after a news release yesterday, where Aurora stated that they filed a shelf for US$500 million and gave an update to their balance sheet. Aurora currently has C$272 million in cash, $104 million in term debt, and the previous ATM is now fully utilized.

Andrew Carter, Stifel’s cannabis analyst, said that “This implies C$100 million of cash burn outside scheduled payments over the past 118 days suggesting significant downside to our previous estimates.” Carter then states that the ATM usage after the earnings release means that there was an additional 31% of dilution that happened to Aurora shareholders, with an average share price 34% below the 9/21/2020 close, “calling into question the company’s comfort with the pace at which the business can recover.”

Carter has lowered their fiscal first-quarter and full-year 2021 and 2022 estimates down by quite a bit. Stifel now guides revenue to be C$54 million and EBITDA to be (C$13) million for the first fiscal quarter, compared to their previous estimate of C$62 million and (C$5) million, respectively. Fiscal 2021 and 2022 revenue is now forecasted to be C$272 and $381 million, respectively. These numbers are down from $325.9 and $457.5 million.

Carter adds that between the overwhelmingly negative sentiment after Aurora’s earnings and the massive ATM issuances, “suggests in our view the business is performing well below company expectations.” He then adds, “Conversely, if the company is on track, utilizing the ATM at this magnitude with the average share price 34% below the 9/21/2020 close would suggest a complete mismanagement of the capital markets.”

Andrew Carter then circles back to previous rumors that Aurora was in merger negotiations with Aphria. At the time, Aurora had no CEO, and Stifel put out a note giving a worst-case estimate of C$8.88, which has now been cut to C$4, assuming there are still some negotiations going on. Although Carter had this to say, “we believe Aurora significantly overestimated its case for independent value creation simply engaging in meaningful discussions that reached this level let alone rejecting an offer to participate in the growth of a much stronger combined vehicle”.

Finally, Carter closes the note off by stating, “Absent sustained improvement in fundamentals which we believe will be difficult, we believe Aurora will be challenged to drive investor interest let alone sustained enthusiasm.” 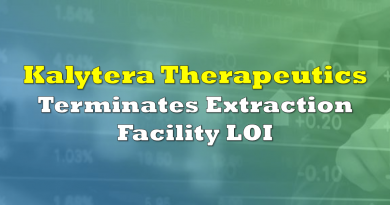 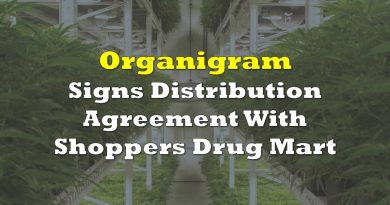 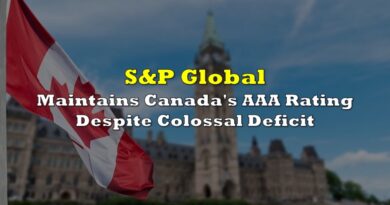