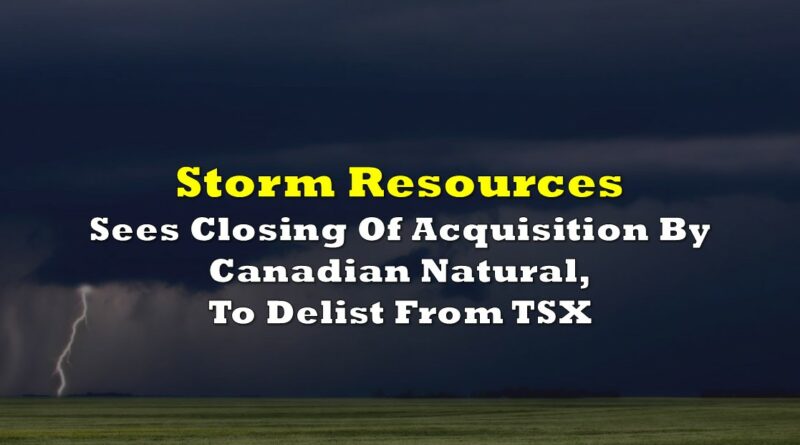 Storm Resources Ltd. (TSX: SRX) announced on Friday the closing of its previously announced acquisition by Canadian Natural Resources Limited (TSX: CNQ). The move follows the announcement of the shareholders’ approval of the transaction on Wednesday night.

In November 2021, the two companies entered into an agreement for CNRL to acquire all of Storm’s issued and outstanding common shares at $6.28 per share in an all-cash deal. This acquisition price puts the company’s enterprise value at approximately $960 million.

In a special shareholders’ meeting representing 68,393,758 shares–or 55.81% of the outstanding shares–around 99% voted in favor of the transaction.

The company previously relayed that “the resulting transaction metric is estimated to be 7.5 times annualized funds flow in the first six months of 2021”.

Following the closing of the acquisition, Storm shares are expected to be delisted from the Toronto Stock Exchange.

Storm Resources last traded at $6.27 on the TSX. 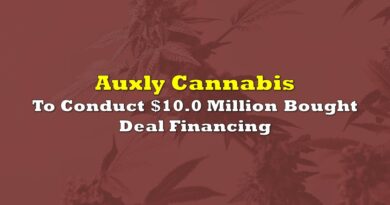 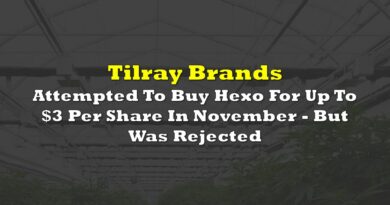 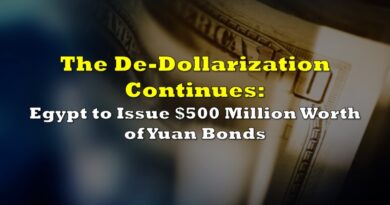 The De-Dollarization Continues: Egypt to Issue $500 Million Worth of Yuan Bonds