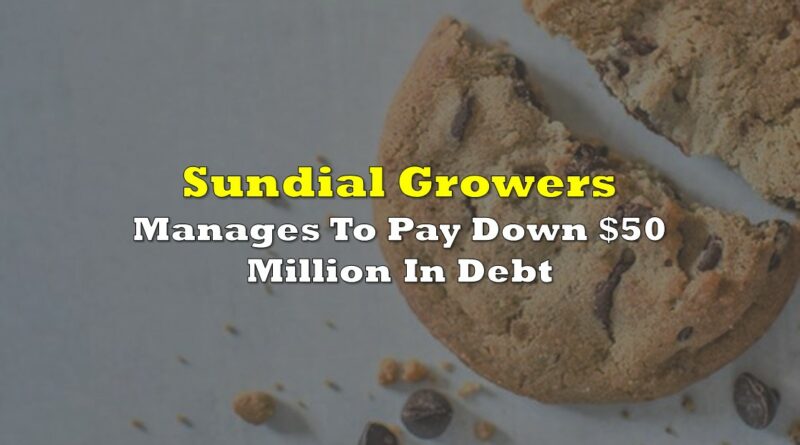 Sundial Growers (NASDAQ: SNDL) has managed to settle $50 million of outstanding debt ahead of schedule. The company announced this morning that it was able to prepay the sizable portion of its outstanding senior secured non-revolving term credit facility, significantly improving its balance sheet.

The significant paydown follows the news just weeks ago that the company had managed to convert all notes from its June 5 issuance to that of equity. At the time, that amounted to a total conversion of approximately $73.2 million, which left just $72 million worth of debt on its balance sheet, all of which was related to its senior secured credit facility.

The paydowns are reportedly a result of the company raising $117 million as of November 30 via equity and related issuances, while hosting a cash position of $85 million. This position is believed to have grown further due to in-the-money warrants, as well as a recently announced US$150 million at the market offering.

That significant cash position enabled the firm to make today’s $50 million payment on its debt, leaving an estimated $22 million in debt on its balance sheet, while $39 million remains in the bank as of this morning.

Finally, the payment has resulted in a reduction of annual interest costs of $2.5 million.

Sundial Growers last traded at $0.51 on the Nasdaq. 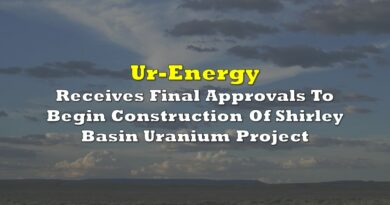 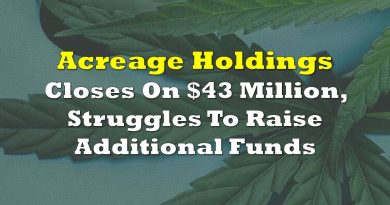 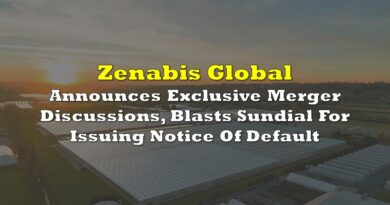