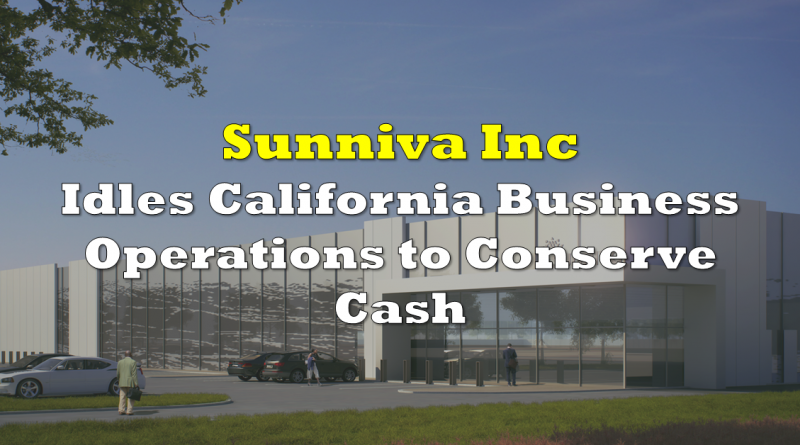 Sunniva Inc (CSE: SNN) is not in a good spot currently. The firm announced this morning that it is taking measures to conserve cash as a result of the legal troubles experienced by the firm as of late related to monies owed at numerous facilities. The firm as a result will be “reducing business activities” as a means to conserve this cash while it continues to look for further sources of capital.

Specifically, business activities will be reduced for its Californian operations. This applies both for its distribution operations, as well as its extraction operations within the state, while the firm seeks to monetize both segments. As a result, the firm is actively seeking the sale of its Long Beach warehouse, with it being unclear whether the firm is referencing a sale leaseback arrangement, or outright divestment of the facility and its operations.

Sunniva currently is working towards closing the sale of its Canadian assets, which include both Sunniva Medical and Natural Health Services. Both of those transactions have been pending for a number of months, with many shareholders working under the assumption that the transactions will not be completed.

The lease on the Cathedral City Glasshouse is Sunniva’s primary asset and we intend to pursue all available options to resolve these disputes. To cover construction cost overruns, Sunniva has invested $23 million into the Glasshouse, much of it under protest, as it was the only way we could envision the facility being completed. Despite this contribution, the owner and landlord has elected to seek to terminate our rights to lease the facility, a lease that has not yet begun, on a facility that is not yet completed, and we will look to the courts to enforce Sunniva’s rights to operate.

The need to idle its current operations comes on the heels of two significant events occurring at its facilities. First, the firm received notification in late November of a 30 day termination of its lease agreement for its flagship California Campus. The termination is a result of $2.7 million in unpaid bills due at the facility that the landlord is no longer willing to deal with.

The following week, Sunniva announced that it was being sued in relation to loans made by Matrix Venture Capital for its Sunniva Medical facility. The lawsuit alleges that the lender was misled on the current sales status of the Okanagan Falls, BC property and as a result is now looking to secure a mortgage on the property for monies lent to the firm.

The expected legal costs of both issues are expected to be expensive, and as a result Sunniva now needs to idle business operations as a means of conserving cash for the oncoming court time. Finally, the firm identified that its uncertain that it will “be able to deal with all of its debt as it becomes due.” 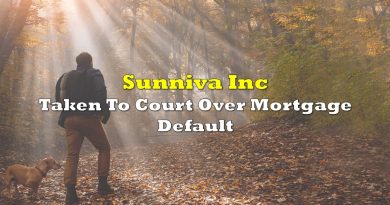 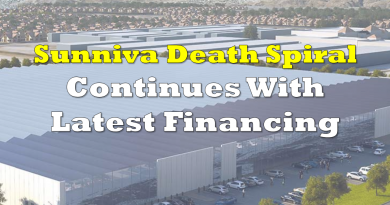 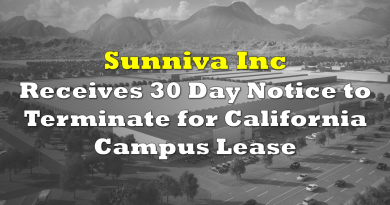