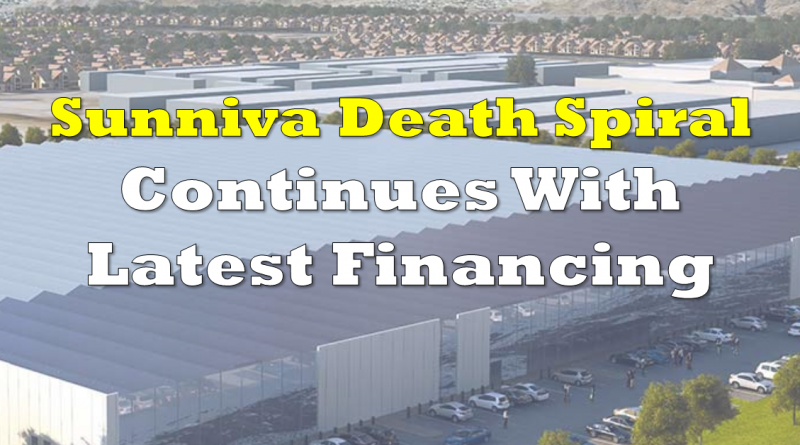 The downward spiral appears to have continued for Sunniva Inc (CSE: SNN), who this evening announced its second financing for the month of August. Today’s announcement consists of US$1.5 million being raised in the first tranche of an overall US$7.5 promissory note financing which is expected to close by the end of September.

Earlier this month, Sunniva announced that it had conducted a financial raise consisting of a promissory note with a 6 month term attached. With units priced at $1.00 each, the note came with an interest rate of 10% and 0.40 share purchase warrants per unit. Each warrant, valid for a period of 24 months, allows for the purchase of a common share of Sunniva at $2.50 per share. Sunniva had raised C$5.7 million through the financing, which closed August 1.

The purpose of the note originally was to effectively hold over the companies financials until it received the funds from the sale of Sunniva Medical, the firms B.C.-based Canadian facility, to that of CannaPharmaRX. With that transaction still not closed, it appears that Sunniva has had to return to the trough for funding as a means of keeping the lights on its operations.

The latest financing also consists of a promissory note, but this time it has significantly different terms. Rather than being for a period of 6 months, this note has a maturity of 18 months from the date of issuance, and remains at the same 10% per annum interest rate. As a result of the steep fall the equity has seen due to its delayed California Campus, each unit, again priced at $1.00 each, comes with 1.11 warrants, each with an exercise price of US$0.90, or C$1.20. The proceeds of which, will likely be required to pay off the previously issued notes.

Sunniva is expected to report its financial results for the period ended June 30, 2019 tomorrow after the closing bell, providing a better look at the spiral that the company is squarely in the middle of. 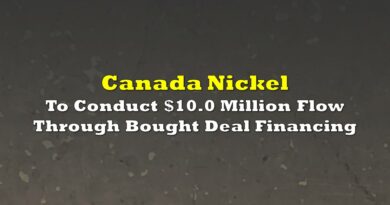 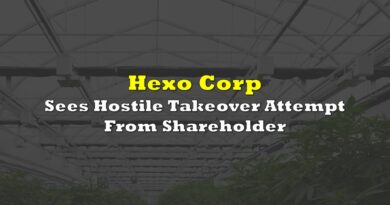 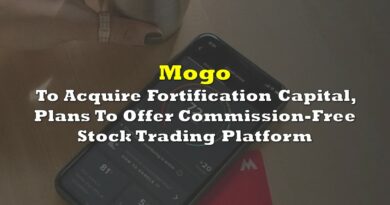