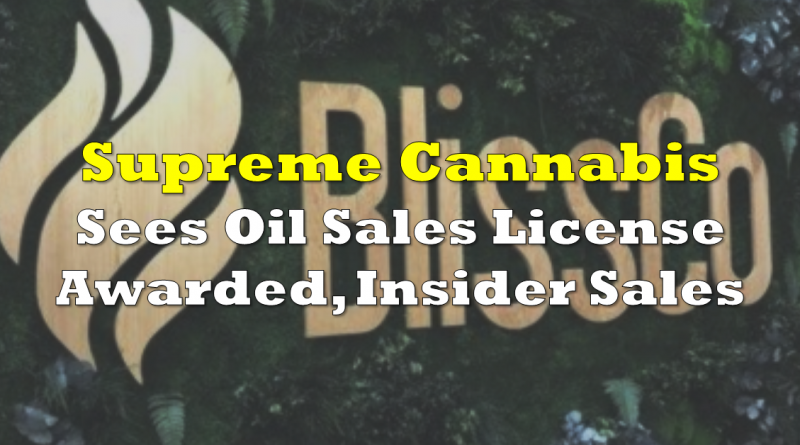 Blissco, a subsidiary of The Supreme Cannabis Co (TSX: FIRE) was awarded an oils sales license this past week by Health Canada. The yet-to-be-publicly-announced license was applied for back in April, prior to the acquisition of Blissco by Supreme.

The award of the oils sales license is good news for Blissco, whom was acquired in an all-stocks $48 million transaction as part of a strategy by Supreme Cannabis to turn the licensed producer into solely an oils production facility. Prior to this, Supreme and its 7Acres subsidiary sold oil products via a third party licensing arrangement with Medipharm Labs (TSX: LABS) whereby Medipharm would process up 1,000 kilograms of trim per year, which would then be marketed under the Supreme Cannabis brand.

Blissco currently operates out of a 18,000 square foot facility in Langley, British Columbia, far from Supreme’s headquarters in southern Ontario. The firm had acquired an oils production license back in August of 2018, but until this time was unable to directly sell its product to provincial distributors. At time of initial licensing, the firm stated that it is capable of extracting 420 kilograms of cannabis oil annually, however its unclear if this figure has since increased. Supreme’s latest investor deck states that it has a capacity for up to 7 million tinctures per year, without quantifying the size of each tincture.

In terms of products, Blissco is being treated as Supreme Cannabis’ premium wellness brand. It’s expected that the subsidiary will cover both topicals and concentrates for Supreme.

The timing of the license award follows recent insider sales that were filed by a member of Supreme’s management. John Fowler, former CEO of the firm and now Chief Advocacy Officer, sold roughly 1.74 million shares of Supreme Cannabis over the past week, banking $1.89 million on the sales.

The Supreme Cannabis Company closed Friday’s session at $1.13 on the Toronto Stock Exchange. 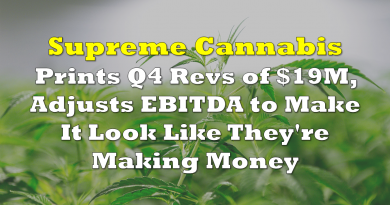 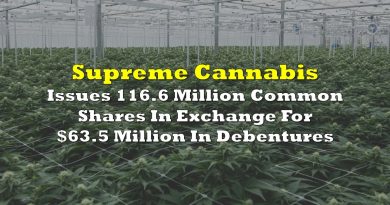 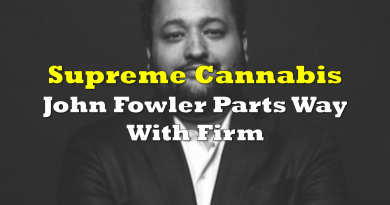