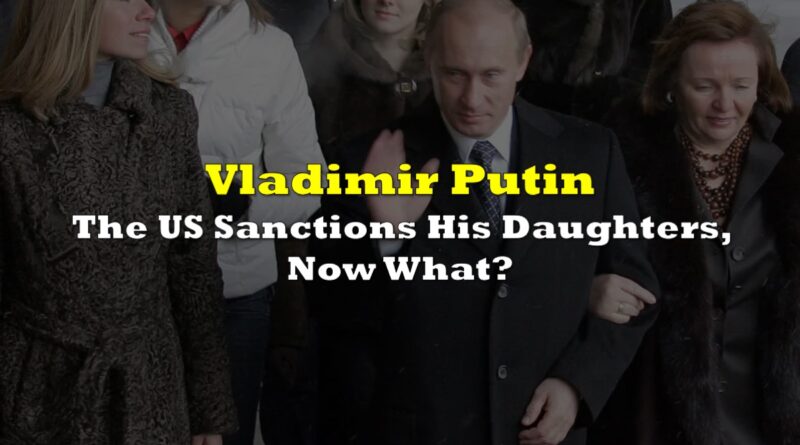 Details about Russian President Vladimir Putin’s personal life have always been very scant. It’s how the former KGB spy has always designed it, and insisted on how things be done. But now that the US has hit Russia with a new wave of sanctions following the atrocious attacks on civilians in Ukraine, everybody wants to know about Putin’s daughters and if it all really matters.

Sanctions have already been stiff prior to this new wave and it hasn’t stopped Putin’s invasion of Ukraine. It has only seemed to make him more embittered and anguished, enough to warrant the horrific scenes in the city of Bucha, where civilians were killed in the streets.

The Russian leader, in their alternate version of reality, claims that the images showing the killings were staged by Kyiv officials as a “crude and cynical provocation by the Kyiv regime.”

By targeting the Russian leader’s daughters, maybe the US will get a little closer to tightening its grip around Putin’s heavily obfuscated wealth, and the privacy he holds in such high regard.

“We have reason to believe that Putin, and many of his cronies, and the oligarchs, hide their wealth, hide their assets, with family members that place their assets and their wealth in the US financial system, and also many other parts of the world,” a senior White House official said.

Who are Putin’s daughters?

Putin’s two adult daughters with his ex-wife Lyudmila Putina are Maria Vladimirovna Vorontsova and Katerina Vladimirovna Tikhonova. It’s important to note that Putin confirmed the identities of his children, and it’s unclear how many he has actually fathered.

Vorontsova, who is 36 years old, is a pediatric endocrinologist. The Guardian reports that in 2019, the elder daughter gave an interview on state TV about plans for a £500 million “medical venture aimed at helping cure cancer.”

In 2013, she married Russian-born Dutch businessman Jorrit Faassen, who BBC reports once worked at Gazprom, the Russian energy giant. The Guardian reports that the couple lived in the penthouse of an exclusive apartment building in Amsterdam. It’s unclear whether the two have separated, and where they are residing, but a group of Amsterdam residents recently put up a sign on a piece of land owned by the couple to appeal to Vorontsova. The sign reads: “Less than 2,000km from your peaceful piece of free land, your father is decimating an entire free country and its people. It seems your old man is hard to reach and clearly impossible to stop by even his hangmen. But as we all know, fathers and daughters are a different story.”

The younger daughter Tikhonova is 35 years old. She’s an academic who has a master’s degree in physics and mathematics. In 2020, she was appointed to head a new US$1.7 billion “artificial intelligence issues and intellectual systems” at the Moscow State University.

In 2013, Tikhonova married Kirill Shamalov. He is the son of Nikolai Shamalov, co-owner of the Rossiya Bank, and a close confidant of Putin. In 2002, the younger Shamalov, who was then only 20 years old, was appointed Gazprom’s chief legal counsel for foreign economic activity.

The two are said to own corporate holdings worth over US$2 billion, including an eight-bedroom villa in the French resort of Biarritz. According to The Guardian, this villa was recently broken into by anti-Putin protesters, declaring that “this house was bought with the money stolen by Putin and the Russian mafia.”

The question whether this move will actually bring the US and its allies closer to targeting Putin’s purported wealth remains. The short answer is no.

According to a report by The New York Times, many of Putin’s “more obvious luxuries are embedded in state-owned enterprises and largely beyond the reach of Western sanctions.”

These luxuries, like the US$700 million superyacht Scheherazade, or the plush mountain resort at the Altai region of Siberia owned by Gazprom, or the massive Black Sea estate nicknamed “Putin’s Palace”, were all linked by how they were all, at some point or another, guarded by members of the federal protective service.

Alina Polyakova, an expert on Russian foreign affairs who leads the Center for European Policy Analysis, told The New York Times that “to get to him, as well, we’d have to sanction the entire Russian government. And, of course, there are reasons why Europe and the United States are not prepared to do so.”

Information for this briefing was found via Bloomberg, Twitter and the sources mentioned. The author has no securities or affiliations related to this organization. Not a recommendation to buy or sell. Always do additional research and consult a professional before purchasing a security. The author holds no licenses. 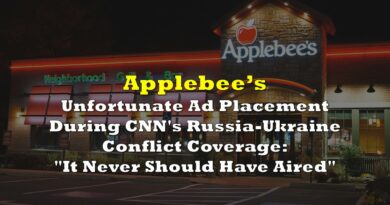 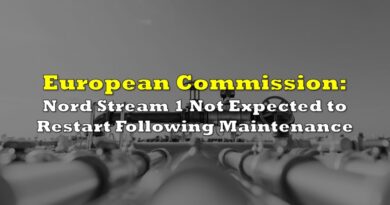 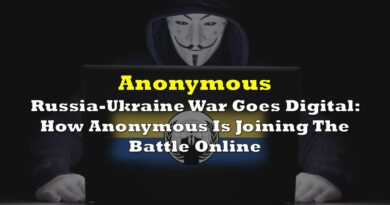