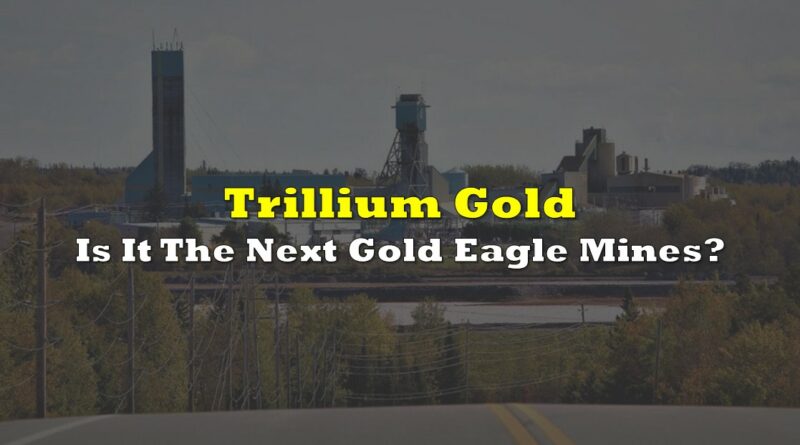 Back in 2008, a junior exploration firm lead by mining legend Robert Cudney was sold to Goldcorp for the small figure of $1.5 billion in a transaction involving cash and shares. The company, Gold Eagle Mines, was focused on the developing its Bruce Channel project within the Red Lake mining camp of Ontario.

The interesting thing about the Bruce Channel gold property, is that about only two hundred drill holes had been conducted on the property. The company had discovered gold mineralization at a depth of about 700 to 800 metres, located below the Bruce Channel waterway.

In total, the discovery was said to be roughly 800 metres by 450 metres, with a 1,450 metre vertical dimension. However, despite the hefty price tag, the company hadn’t yet even established a resource for the property. Rather, the key to the price tag for the property, was the assumption that it was the down-plunge extension of Goldcorp’s nearby Cochenour-Willans mine, which was located immediately to the northeast of the property.

The acquisition resulted in the revitalization of the Cochenour-Willans mine, with the mine currently in operation under the Cochenour Mine banner now by that of Evolution Mining (ASX: EVN), following a purchase completed earlier this year of the Red Lake operations owned by Newmont (TSX: NGT). Goldcorp had merged with Newmont in 2019.

Fast forward a few years from that initial transaction conducted between Goldcorp and Gold Eagle Mines, and it appears a similar event is unfolding next to the formerly Goldcorp-owned property. At the tail end of August, Trillium Gold Mines (TSXV: TGM, OTCQX:TGLDF) announced that it had signed a binding joint venture agreement with Rupert Resources to acquire an 80% interest in the Gold Centre property, consisting of 258 hectares of land that make up one lease containing 16 claims.

The news however seemingly fell on deaf ears within the market. Despite opening 4.74% higher following the early morning release of the news, the company ultimately closed down at $2.07, marking a loss of 1.90% on the day.

In fact, the property is so close to the active operations of the Red Lake property, that current exploration being conducted by Evolution is within roughly 300 metres of the Gold Centre property boundary. The graphic below illustrates this point perfectly – the dotted line highlights the current focus of resource definition by Evolution Mining.

The Aussie gold producer has committed to spending between A$20 to $A25 million on resource definition at its Red Lake properties just in 2021 alone, with approximately 100,000 metres of drilling expection. The expenditure demonstrates the commitment that Evolution has to the region, and its expectations for future gold production.

In connection with Trillium’s acquisition, the company is required to spend $2.0 million each year for five years on the property to maintain its ownership in the asset. These monies are expected to be spent on exploration of the property, with a strategic and targeted exploration program currently being planned.

Prior drilling conducted on the property in 2004 and 2007 revealed the Balmer mafic metavolcanics, consistent with the rocks found under Evolution’s Red Lake Mine right next door. Trillium intends to add to the total 11,372 metres of drilling that have already been conducted on the property in the new year, with the company announcing at the time of the asset purchase that the exploration will consist of a $2.0 million drill program.

A key component of the drill program is referred to as “deep oriented core drilling,” with the company planning to drill at least two holes to a depth of 1,000 metres. The deep drilling will look to test for down-plunge extensions of the High Grade Zone that is currently in production over at Evolution’s Red Lake mine.

If successful in intersecting an extension, it would demonstrate that the gold zone continues on to the Gold Centre property, while being “about 350m from the current operating areas of Evolution’s mine.” Such a discovery could be very, very beneficial for Trillium, and potentially set it up for strong comparisons with that of Gold Eagle Mines.

Trillium Gold Mines last traded at $1.57 on the TSX, with a market capitalization of $47.7 million as per TMX Money, along with an estimated enterprise value of just $33.5 million based on the most recent financings. 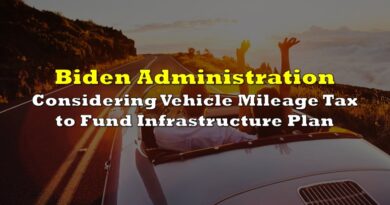 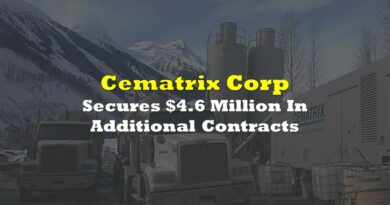 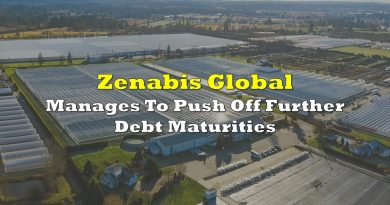