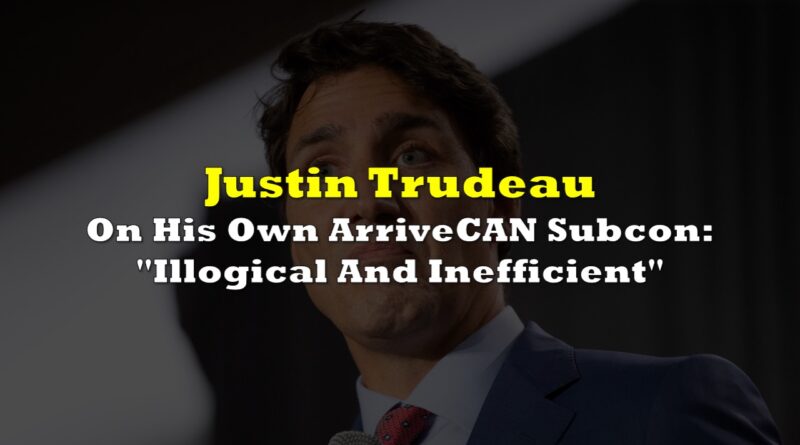 Irony was painted all over the town after Prime Minister Justin Trudeau said it was “illogical and inefficient” for the government to award millions of dollars in contracts to a two-person company that subcontracted its work on the ArriveCAN app.

According to documents and estimates provided by the government’s contractor for the app, GCstrategies, to the House of Commons committee on government operations, the two-person firm paid other companies, including well-known firms such as KPMG and BDO Canada, to provide IT “resources” at rates ranging from $900 to $1,500 per day. The company said it takes a commission of between 15% – 30%.

“Obviously, this is a practice that seems highly illogical and inefficient and I have made sure that the clerk of the Privy Council is looking into procurement practices to make sure that we are getting value for money and that we are doing things in a smart and logical way,” Trudeau said.

Trudeau was asked why the government couldn’t hire those subcontractors or do the work themselves. He answered that “that’s exactly the question that [he] just asked the public service.” The prime minister said he has asked Canada’s top bureaucrat to probe the matter.

According to the Globe and Mail, Distill Mobile Inc. received $5.1 million, followed by Macadamian Technologies Inc. with $1.8 million. Payments to the four other companies totaled less than $1 million.

The contract with Distill Mobile is dated December 8, 2019, and states that the company will work on “multiple mobile applications.” The Canada Border Services Agency (CBSA) previously stated that existing contract work with GCstrategies was shifted to include ArriveCan at the onset of the pandemic.

Distill Mobile describes itself as an Ottawa-based technology firm founded in 2011.

The prime minister’s remarks are the second time in recent weeks that he has deflected blame for contracting decisions to the public sector.

According to CBC News, Sinclair Technologies was awarded a $549,637 contract by Public Services and Procurement Canada (PSPC) in 2021 to build and maintain a radio frequency filtering system for the Royal Canadian Mounted Police.

While Sinclair is headquartered in Ontario, its parent company, Norsat International, has been owned by the Chinese telecom firm Hytera since 2017. Through an investment fund, the Chinese government owns about 10% of Hytera.

Trudeau promised at the time to investigate how the contract was awarded and to ensure that “Canada is not signing contracts with the lowest bidder that then turn around and leave us exposed to security flaws.”

According to the CBSA, the app’s cost began at $80,000, but the bill for the app and its maintenance grew to $54 million due to more than 70 updates to keep up with changing public health guidelines. The project has been budgeted for the operation and development of the ArriveCAN app through March of this year.

The agency also said that it didn’t know that GCstrategies involved other companies in the project.

“The CBSA did not know which companies GCstrategies used to get the workers – the agency’s main focus at the time was to get the people needed to support the app. The CBSA acknowledges this raises questions relating to the business model. These questions are forming part of our own after action review,” said CBSA spokeswoman Rebecca Purdy.

During the pandemic, the ArriveCAN app was launched as a communication and screening tool to ensure that visitors arriving in Canada followed pandemic border measures. It later became a method for travelers to demonstrate their vaccination status.

The app, which is still budgeted for until this year, was made optional in October 2022. Travelers are no longer required to use it to report vaccination information, but many can still use a feature of the app that allows them to fill out a CBSA declaration form before arriving at customs.

The CBSA provided CBC News with the number of air passengers who used the app at Montreal’s Trudeau airport, Toronto’s Pearson airport, and Vancouver’s international airport — the only airports that offered the advance declaration feature. Just over 320,000 passengers — roughly 13% of the 2.4 million arrivals at those airports — used the app.

Recently, former Finance Minister Bill Morneau alleged that Trudeau prioritized “scoring political points” over sound fiscal policies during the the COVID-19 pandemic, making the ex-member of his cabinet feel like a “rubber stamp” before ultimately resigning.

Information for this briefing was found via The Globe And Mail, CBC, and the sources mentioned. The author has no securities or affiliations related to this organization. Not a recommendation to buy or sell. Always do additional research and consult a professional before purchasing a security. The author holds no licenses.

One thought on “Trudeau On His Own ArriveCAN Subcontracting: “Illogical And Inefficient”” 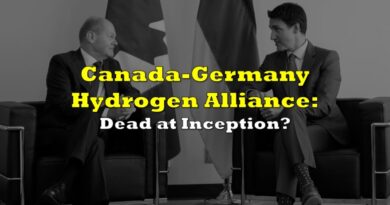 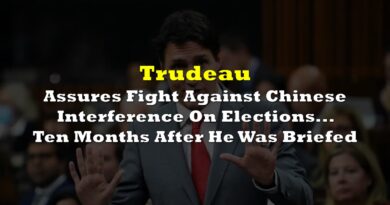 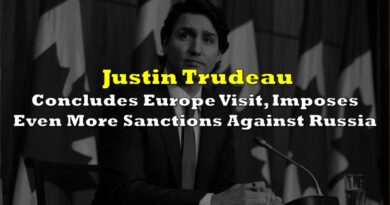