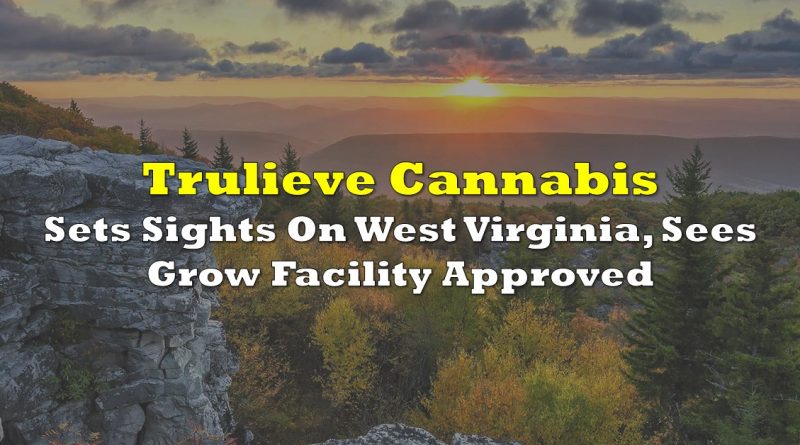 Trulieve Cannabis (CSE: TRUL) apparently has West Virginia on its mind. It was reported yesterday by a local Huntington, West Virgina newspaper, the Herald-Dispatch, that the company has seen the local health department for the Cabell-Huntington county approve the development of a medical cannabis grow facility within Cabell County.

The resolution for the facility was passed via a 3-2 vote, which now enables Trulieve to move forward with its development plans for a medical cannabis grow facility within the state. The facility is expected to employ 60 to 80 people, with the location already having been purchased. Trulieve currently anticipates spending roughly $11 million on improvements to the property to get it up to code, while referring to the future facility as “state of the art.”

The grow facility is believed to be the first such operation in the county, which is the fourth most populous county in the state at an estimated 92,000 people. The state as a whole has a population of an estimated 1.8 million, while having the second largest proportion of residents aged 65 or older in the country – behind only Florida.

Trulieve is said to have no intention of placing dispensaries in Cabell county, despite it having the second most populous city within the state. Further details on future dispensary locations were not provided by the company.

Medical cannabis was first approved by residents of the state back in 2017. Under current regulations, a maximum of 10 grow facilities, 10 processing facilities and 100 dispensaries are to operate in the state, with recent applications said to have been heavily delayed due to the COVID-19 pandemic. Now that applications have begun to be approved again, its expected that some focus may turn to allowing recreational cannabis within the state.

Trulieve Cannabis last traded at $26.85 on the CSE. 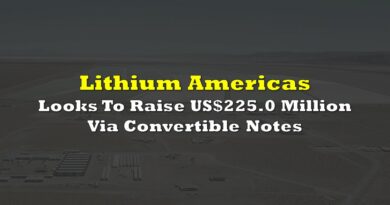 Lithium Americas Looks To Raise US$225.0 Million Via Convertible Notes 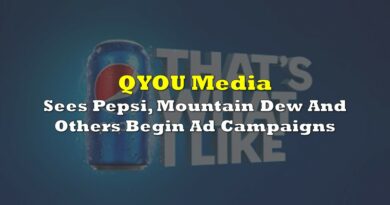 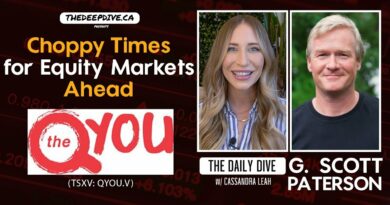