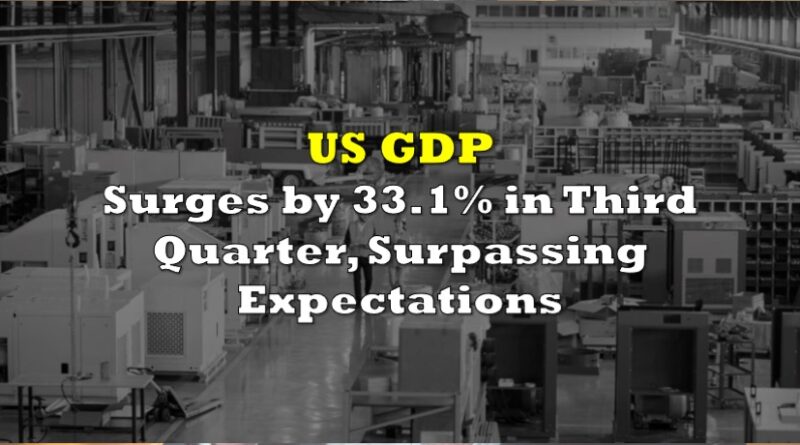 Following the largest economic slump in history, it appears that the US economy has rebounded faster than ever, with third quarter GDP soaring to an annualized pace of 33.1%, according to the latest Commerce Department estimates.

The GDP gain surpassed Dow Jones economists’ projections of 32% growth, and significantly outperformed the post Second World War burst of 16.7% recorded in 1950. The latest GDP growth is the biggest annualized increase in history, and is predominantly fueled by personal spending, which rose by a record-breaking 40.7% on an annualized basis. The better-than-expected increase in third quarter GDP levels show substantial improvements in consumer spending, which accounts for 68% of GDP.

The GDP gains were also pushed upward by gross private domestic investment, which surged by 83% in the third quarter. However, some of the GDP gains were partially offset by a decline in government spending following the expiration of the CARES Act. In the absence of government transfer payments, personal income dropped sharply while personal savings, although still remaining strong, fell from 25.7% in the second quarter to a rate of 15.8% in the third quarter.

In the meantime, US President Donald Trump took the latest Commerce Department data as a signal to celebrate, noting the GDP number is the “Biggest and Best in the History of our Country.” However, growth still remains 2.9% below levels recorded during the same period a year ago despite trillions of dollars in stimulus, while the unemployment rate sits at 7.9% – which is more than double pre-pandemic levels. Likewise, almost half of the 22 million jobs that were lost between March and April as a result of the pandemic have yet to be recouped.

However, as infection rates continue to soar to record-breaking numbers that have long-surpassed first wave levels, the US economy may be facing significantly more difficult times ahead. Indeed, while the federal government works towards another stimulus bill amid a backdrop of astronomical Federal Reserve lending and near-zero interest rates, it is beginning to look a lot like the US economy will not get off of life support anytime soon… or at least until the pandemic subsides.

Information for this briefing was found via the Commerce Department. The author has no securities or affiliations related to this organization. Not a recommendation to buy or sell. Always do additional research and consult a professional before purchasing a security. The author holds no licenses. 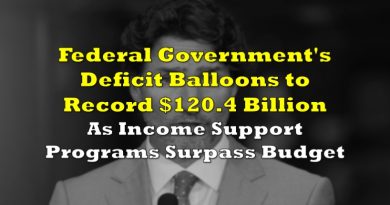 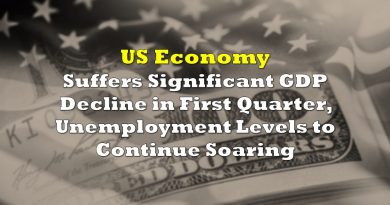 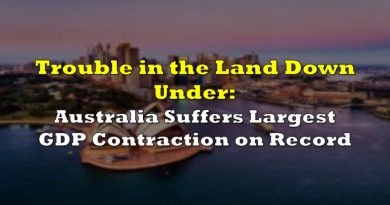 Trouble Down Under: Australia Suffers Largest GDP Contraction on Record