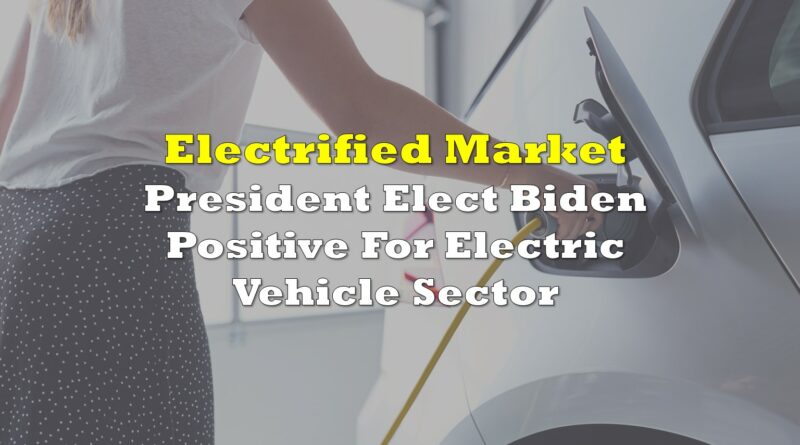 Recent nominations by US President-elect Joe Biden appear to be bullish for the electric vehicle sector. Biden’s nominations of former Michigan governor Jennifer Granholm and former South Bend, Indiana mayor and presidential candidate Pete Buttigieg to the cabinet posts of Secretary of Energy and Secretary of Transportation, respectively, represent an ideal set of leaders to accelerate the development of electric vehicles (EV) and EV batteries in America.

The nominations underscore Biden’s often articulated desire to transition the US away from fossil fuels and toward a future defined by renewable energy. (A not-insignificant side benefit of this plan is the creation of domestic manufacturing jobs.) This path is a diametric change from outgoing President Trump’s administration, which championed policies designed to sell gas-powered vehicles and actively worked to slow the EV industry.

President-elect Biden’s actions should be considered quite positive not only for an established EV manufacturer like Tesla, and possibly also for speculative EV makers like Nikola Motor Company, but also for pre-revenue junior miners of EV battery components such as lithium, nickel and manganese. Such companies include Lithium Americas Corp. (TSX: LAC) and Canada Nickel Company Inc. (TSXV: CNC).

A long-time EV proponent and former governor of the state of Michigan from 2003 through 2011, Ms. Granholm secured US$1.35 billion in federal funding for makers of EV’s and EV batteries as part of the nearly US$800 billion stimulus passed by the US Congress in 2009. She is also a Board member of Proterra, an electric bus manufacturer.

The sprawling US Department of Energy has a budget of more than US$30 billion. Perhaps 75% of that is spent on overseeing the US nuclear weapons arsenal and managing the disposal of radioactive waste. Given this level of spending, Ms. Granholm will assuredly focus on the country’s nuclear issues; however, we also expect her to spend considerable time and energy on growing the EV sector. A key priority will be persuading a divided Congress to approve EV tax credits and significantly more federal spending for the industry.

Another priority will likely be the increased utilization of the Energy Department’s Loan Program Office, which has been essentially dormant over the last four years. Under President Obama’s Administration, that office issued what is now considered a landmark US$465 million loan to Tesla in 2010 to build a manufacturing plant in California and issued loans to EV battery makers and to Ford Motors. Conversely, it issued only one loan – for a nuclear generation project in the state of Georgia – during the entire tenure of the Trump Administration.

Secretary of Transportation-nominee Buttigieg similarly is likely to push for a faster pace of EV spending. His principal job will likely be convincing Congress to allocate funds to repair the country’s highways and bridges, many of which are judged to be unsafe. He too has espoused a strong vision for EVs. As a Democratic candidate for President, he called for states and cities to receive US$6 billion in federal grants and loans to accelerate EV development.

We do note that both Ms. Granholm and Mr. Buttigieg have not yet been confirmed by the US Senate. While national political observers generally believe both nominations will be approved by that body, two US Senate run-off races on January 5 in the state of Georgia could complicate matters. If the incumbent Republican candidates were to win at least one of these races, the Republicans would maintain control the US Senate and could potentially make the confirmation process of Ms. Granholm and Mr. Buttigieg more difficult. Even more important, a Republican-controlled Senate could also potentially constrain funding for, and grants to, the EV industry. 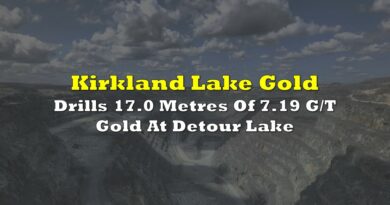 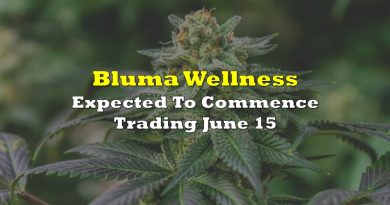 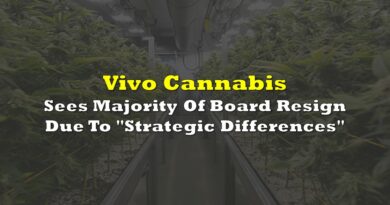