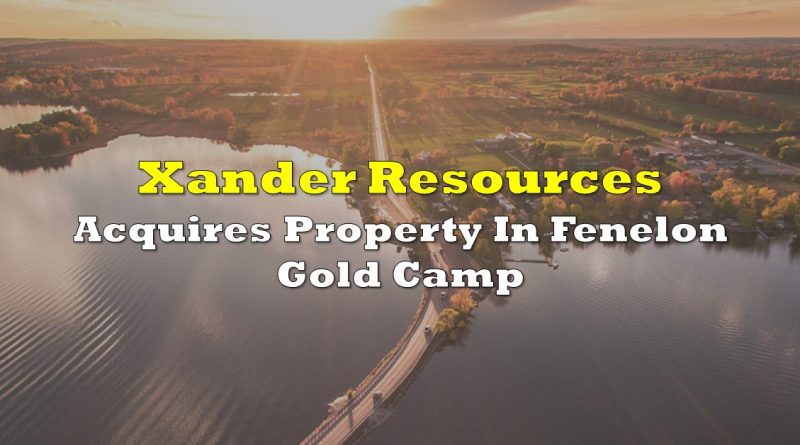 Xander Resources (TSXV: XND) has entered into a definitive agreement to acquire what is referred to as the Blue Ribbon Property, located 11 kilometres southwest of the Wallbridge Mining’s (TSX: WM) Fenelon Mine project.

The property itself consists of 34 claims over an area of 1,885.25 hectares, and is contiguous with Probe Metals (TSXV: PRB), Midland Exploration (TSXV: MD), and Great Thunder Gold (TSXV: GTG) properties. Access to the property is available via highway, as well as a series of logging roads.

The northern portion of the property is over the Broullian-Fenelon group of rocks, a group which has seen many base metal occurrences on the south side of the Broullian Intrusive Complex, including a former mine. Overall, the region is underexposed and underexplored. The southern party of the property overlies the northern edge of the Brouillan Intrusive Complex, which is coincident with the west-northwest trending Bapst Fault.

In terms of historic work on the property, there has been no recorded sub-surface exploration on the property aside from four drill holes conducted in 1990 by Corona Corporation which targeted the Bapst Fault. A number of electromagnetic and magnetometer surveys have been conducted in the region and touched the property, and were rarely completely within it. Finally, in 1969 on southern segment of the property, within the Broullian intrusive Complex, a government geologist located an old trench with had a few specks of native gold, however no assays were given.

That’s not to say that there is no potential for the property however, with several regional operations currently underway. The Fenelon Gold Camp has sparked great exploration interest due to Wallbridge’s current successes only 11 kilometres away, reporting 22.73 g/t gold over 48.01 meters and 43.47 g/t gold over 19.00 meters. Wallbridge has initiated a 70,000 to 80,000 meter drilling program on site due to the early success found on the property.

Under the terms of the definitive agreement, Xander Resources has agreed to acquire a 100% interest in the 34 claims that make up the Blue Ribbon property in exchange for 200,000 common shares in the capital of the company, an aggregate cash payment of $2,652.50, and a 2% net smelter returns royalty. Xander has the right to repurchase 0.5% of this NSR for $500,000 at any time.

Closing of the acquisition is anticipated to occur by May 29, 2020.

Xander Resources last traded at $0.21 on the TSX Venture. 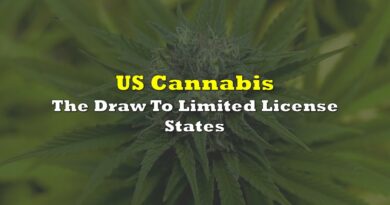 US Cannabis: The Draw To Limited License States 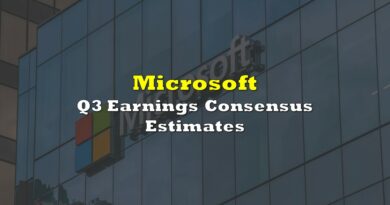 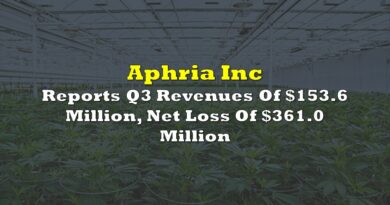