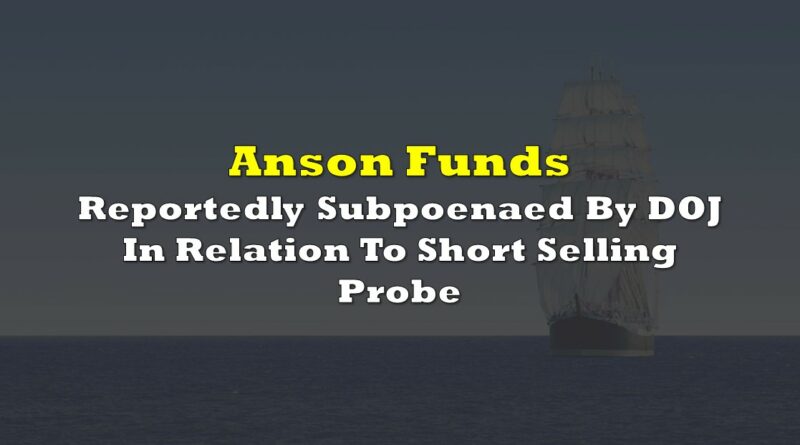 It’s being reported this morning that Anson Funds has been subpoenaed by the Department of Justice. The subpoena is said to be in relation to an ongoing short selling probe being conducted against a swath of short sellers in the space.

The investigation is said to be focused on potential trading abuses conducted by such firms as the Department examines how the firms work together. The DOJ is reportedly looking to map out alliances within the space, and how the act of placing a short is conducted by the various firms that share research amongst them.

As it relates to Anson Funds, the firm was originally identified in December 2021 by Bloomberg as having been part of the ongoing probe, along with names such as Citron Research and Muddy Waters Capital. While many different firms at the time had been revealed to have been part of the probe, several of them had yet to be contacted by authorities as part of the investigation. That appears to have now changed for Anson Funds at the very least.

The company is now one of the few firms involved in the investigation that has reportedly received a subpoena, although the specifics on what the subpoena relates to is not known. Both Justice Department officials as well as lawyers for Anson refused to provide further details when probed by Bloomberg on the matter. The fund however is known to have worked with certain third party researchers in the past, such as Citron Research and Spruce Point Research.

While the subpoena may relate to short-selling, Anson Funds reportedly had a successful 2021 as a result of investing on the long-side of several equities. The firm reportedly saw a 45% increase in 2021 off the back of several memestocks as well as special purpose acquisition vehicles, or SPACs, that went public last year.

Anson reportedly had major positions in the blank check firm behind that of Lucid Group (NASDAQ: LCID), as well as the Pershing Square Tontine Holdings, one of the largest such blank check firms to date.

Further details on the ongoing investigation have yet to be released. 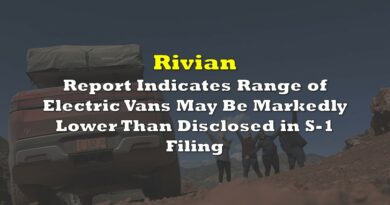 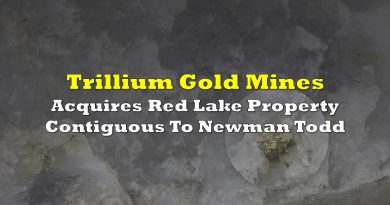 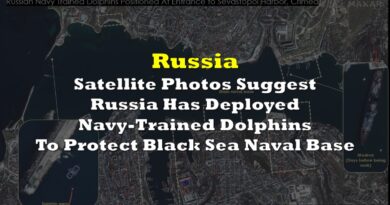