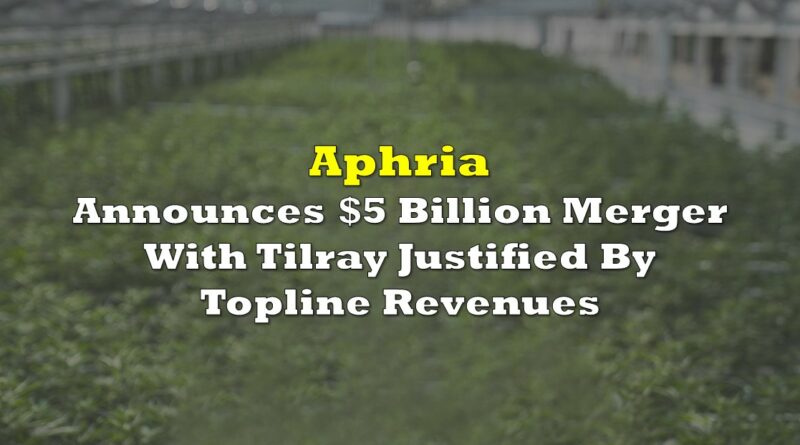 Well it appears the rumours have finally come to fruition when it comes to Aphria Inc (TSX: APHA) (NASDAQ: APHA) and mergers. It was announced this morning that the rumour of its merger with Tilray Inc (NASDAQ: TLRY), originally reported on by twitter user @BettingBruiser, has become reality. The combined entity is stated to have a pro-forma revenue figure of C$874.0 million, while operating under the name Tilray.

The arrangement will see the two cannabis firms come together, evidently for the sole purpose of creating a cannabis company with the most revenue in the sector. Principal offices are said to be located in New York, Seattle, Toronto, Leamington, Vancouver Island, Portugal, and Germany on a combined basis. The company will continue to trade on the Nasdaq under the symbol TLRY upon completion of the merger. It’s unclear if a TSX listing for the entity will remain post-closing.

In terms of management, Irwin D. Simon, currently Chairman and CEO of Aphria, will continue to lead the company, with the board consisting of nine directors, seven of which come from Aphria. The additions to Aphria’s board include Brendan Kennedy, and one of whom is yet to be designated. Additional leaders are to be named at a later point in time.

In justifying the combination, it appears that the focus is on top-line revenue figures, making it the largest entity within the cannabis space on this single basis. Pro forma revenues of $874 million are repeatedly highlighted within the release, of which $296 million is expected to come from the adult use space in Canada, making the firm the market leader with a 17.3% retail market share. The entity also identifies low cost production as being a feature, but doesn’t overly go into detail on this aspect.

Also highlighted is increased product breadth and a “commitment to innovation,” along with its notable European position after Aphria’s CC Pharma operations and Tilray’s 2.7 million square foot cultivation operation in Portugal. The firm will also see the SweetWater and Manitoba Harvest brands compliment each other in CBD markets in the USA.

Finally, the combined company expects to see $100 million of annual pre-tax cost synergies within 24 months of the close of the transaction. Synergies, which essentially means business reductions, are expected in the areas of cultivation and production, cannabis and product purchasing, sales and marketing and corporate expenses. There’s also the potential for Tilray’s facilities in Nanaimo to be taken over for the expansion of the Broken Coast brand.

No mention was made on the expenditures related to the transaction, such as excessive management payouts that will likely occur on both sides of the transaction in relation to change of control provisions within management agreements, nor were details provided on expected headcount reductions from the combined entities “synergies.” 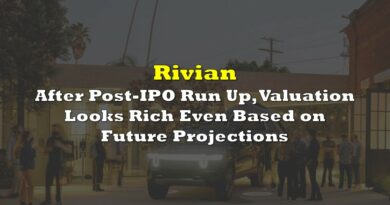 After Post-IPO Run Up, Rivian’s Valuation Looks Rich Even Based on Future Projections 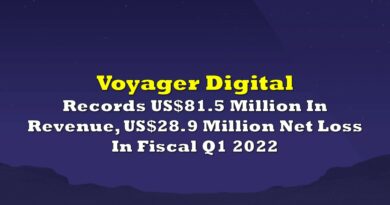 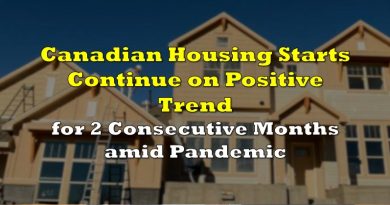