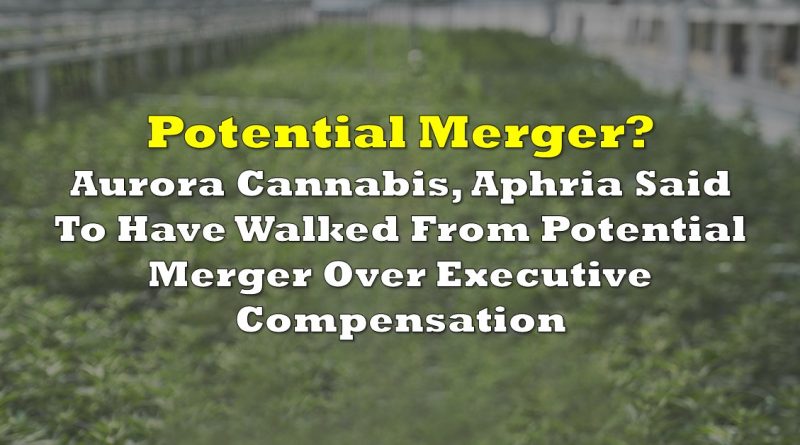 It’s been reported by BNN Bloomberg that Aphria Inc (TSX: APHA) (NASDAQ: APHA) and Aurora Cannabis (TSX: ACB) (NYSE: ACB) recently explored the topic of a merger, whereby Aphria would become the majority holder of the resulting issuer. The report from Bloomberg comes weeks after Twitter user @BettingBruiser originally reported on the matter.

Unsurprising to investors in Canadian potstocks, BNN has reported that discussions broke down not because of perceived value to shareholders, but rather over the topic of executive compensation along with board composition. Discussions for the merger reportedly took place over the course of several weeks before finally breaking down last week. It’s unclear if discussions are continuing between the two firms at this time.

If the transaction were to have closed, the resulting issuer would have been valued at roughly $3.5 billion while representing approximately 30% of all recreational cannabis sales in the country. $200 million in costing synergies were said to have already been found between the two issuers, while having combined annual revenue in excess of $800 million.

Information for this briefing was found via BNN Bloomberg. The author has no securities or affiliations related to this organization. Not a recommendation to buy or sell. Always do additional research and consult a professional before purchasing a security. The author holds no licenses.

One thought on “Aurora Cannabis, Aphria Said To Have Walked From Potential Merger Over Executive Compensation” 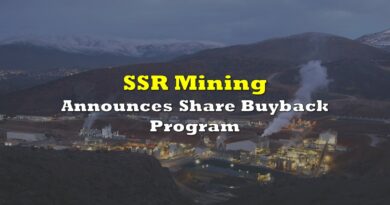 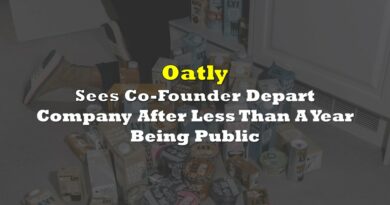 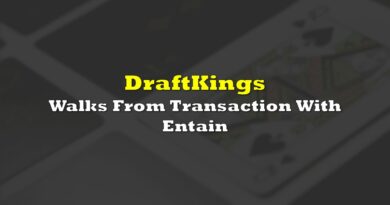 DraftKings Walks From Transaction With Entain