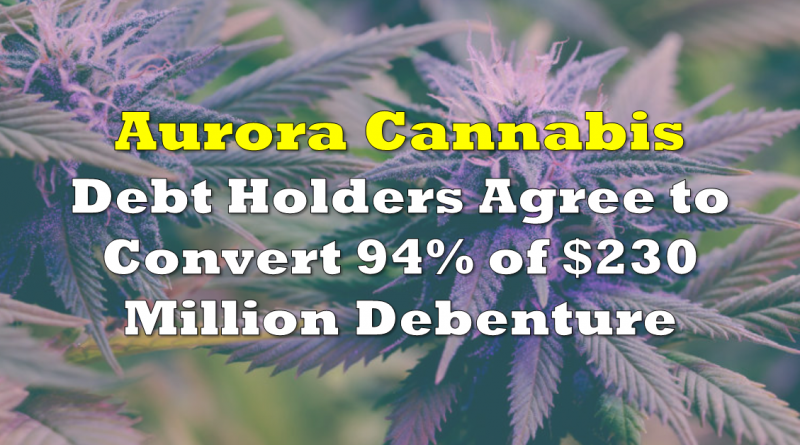 Aurora Cannabis (TSX: ACB) (NYSE: ACB) is shedding a significant amount of its debt. The firm announced this morning that it has received confirmation from the majority of convertible debenture holders that they intend to convert current outstanding debt under the early conversion option. The result, is approximately $216.0 million worth of debt will be converted into common shares this week.

Aurora had originally received conversion commitment for $155.0 million worth of debt.

The announcement from Aurora is significant, as it enables the firm to focus its cash on other facets of the operation, such as paying down its accounts payable. The $230 million in convertible debentures coming due in March 2020 was previously a drag on the firms financial outlook, due to it becoming apparent that Aurora simply did not have the cash to pay it off.

With Aurora now receiving confirmation that 94% of the debt will be converted, shareholders will have to remain patient as they wait the week out to determine the conversion ratio. As per a filing made by Aurora on November 14, the debt will be converted at a 6% discount to the five day volume weighted average price that occurs between November 18, and November 22, 2019. The original news release issued in conjunction with the early conversion option did not identify this time period for the calculation.

Aurora Cannabis closed yesterday’s session at $3.00 on the TSX. 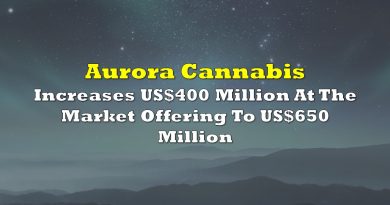 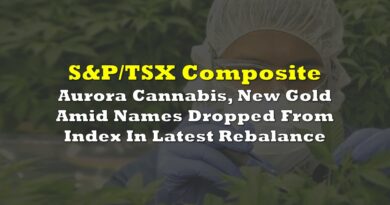 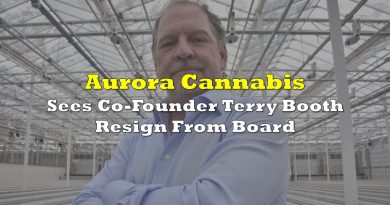