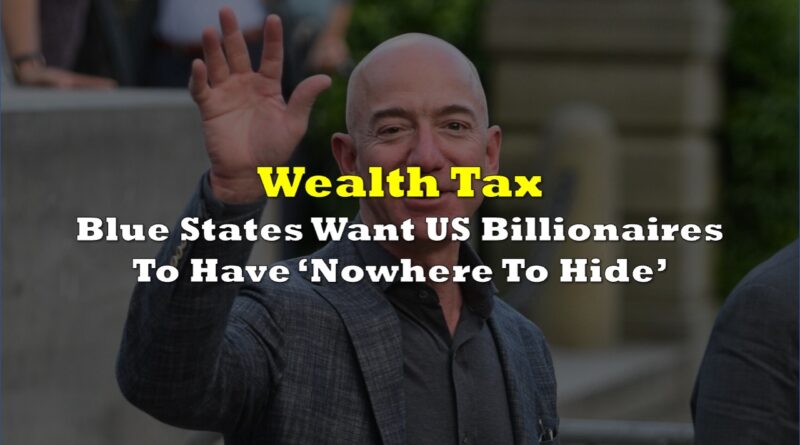 The proposals vary to work around each state’s constitutional constraints, but what’s common is they target net worth, at the very least through taxing income from capital gains, and at the most through taxing tangible and intangible assets.

The measures proposed in California, Illinois, New York, and Washington all target the latter, and if enacted, it would be the first time that the country will see taxes of the sort. The bills’ implementation could prove to be a massive undertaking that would be vulnerable to legal challenges. The bills in Connecticut, Hawaii, and Maryland take a more conservative approach and focus on increasing taxes on realized income.

Unlike income tax which only taxes earnings from work or investments, wealth tax targets an individual’s net worth. It’s a tax based on the amount of cash, bank deposits, real estate, investments, and other assets — plus for those including unrealized gains, the value of stocks owned on that specific day, regardless if they get wiped out the next day.

The coordination among the seven states, which together hold about 60% of the country’s wealth, is an effort to address concerns over the potential outmigration of these billionaires, much like what happened to billionaire Ken Griffin who recently moved his family and Citadel LLC from Chicago, where he was based for over 30 years, to tax-friendlier Miami.

“That’s part of why we are working as a multistate coalition,” Illinois state Representative Will Guzzardi said. “We want to send a message that there is nowhere to hide.” If enacted, the new tax money Illinois raises — which could be up to $510 million in the first year — would finance a new Working Families Fund to support childcare, public education, and services for the homeless.

The tax-the-rich approach to address wealth inequality has been introduced a few times both on a state and federal level before but any effort to make the country’s wealthiest cough up more tax money has fallen flat not just because with great wealth comes great lobbying power, but also because of how tremendously complex it would be to administer and sadly, easy to evade — especially with a largely undermanned, under-equipped, “antiquated” IRS tasked to implement.

If the blue states succeed in enacting these wealth taxes, they could raise $40 billion in the first year from the around 300 billionaires in their states, according to Emmanuel Saez, a University of California Berkeley economics professor and director of the Center for Equitable Growth, who helped craft the bills.

It’s likely that these coordinated measures will see the same fate as previous iterations of the wealth tax, but there’s also a chance that state-level coordination could be the spark that finally launches the movement. The future of these bills remains to be determined, but the effort to coordinate is indicative of the ways Democrats will be trying to get things done on a state level with the GOP back in control of the House of Representatives.

Information for this story was found via BloombergTax, Tax Foundation, CNBC, and the sources and companies mentioned. The author has no securities or affiliations related to this organization. Not a recommendation to buy or sell. Always do additional research and consult a professional before purchasing a security. The author holds no licenses.