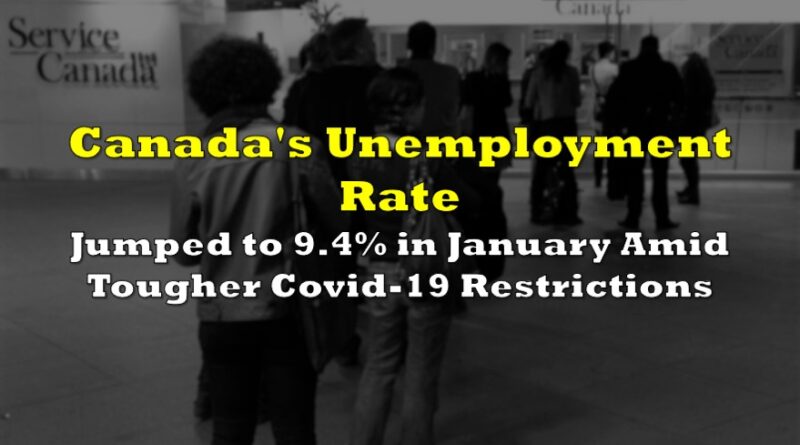 According to the Statistics Canada’s Labour Force Survey, the economy lost a total of 212,800 jobs in January, increasing the unemployment rate by 0.4% to 9.4%. A Bloomberg survey of economists had forecast a job decline of only 40,000 positions, and an unemployment rate of 8.9%. The introduction of additional restrictions including curfews and stay-at-home orders across several of Canada’s largest provinces— namely Ontario and Quebec— lead to extensive layoffs that have stalled the current economic recovery.

Overall employment levels declined by 1.2% in January, with a majority of the losses concentrated in Ontario and Quebec, with declines of 2.1% and 2.3%, respectively. In the meantime, employment rose in Prince Edward Island, Nova Scotia, Manitoba, and Alberta, and held steady in New Brunswick, Saskatchewan, and British Columbia. The January jobs decline follows a drop of 0.3% in December, and brings Canada’s employment level to the lowest since August 2020. The drop in unemployment was almost all concentrated in part-time work, with an overall decrease of 225,000 positions.

The sectors that were largely affected by the job losses were retail trade and accommodation and food services — both of which bore the strictest public health measures and employed the largest proportion of part-time workers. Retail trade saw an employment drop of 7.4%, while the accommodation and food services industry saw the fourth consecutive month of declines in January, falling by 8.2%.

Conversely however, a number of sectors that have a significant proportion of full-time employment— including finance, insurance, real estate, rental and leasing; and professional, scientific, and technical services— have achieved their pre-pandemic employment levels over the past several months, and remained unchanged in January. In the meantime, the number of Canadians that have reverted to working from home increased by 700,000 to a total of 5.4 million in January, exceeding the prior high of 5.1 million recored in April.

Canada’s labour force participation rate, which measures the number of individuals in the labour force (either employed or unemployed) as a percentage of the working age population, shrunk for the second consecutive month in January. The rate declined by 0.3% to 64.7%— the lowest rate since August. The gloomy labour force participation rate suggests that an increasing number of Canadians have been withdrawing from the job market all together, likely the result of worsening economic conditions.

However, despite what appear to be extensive losses in the labour market, optimistic forecasts regarding Canada’s 2021 economic recovery remain upbeat, given that the losses were largely concentrated in part-time positions spanning across only a few sectors. 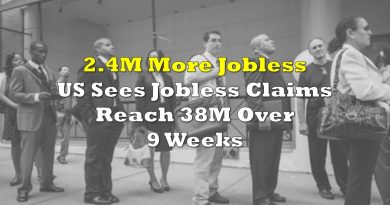 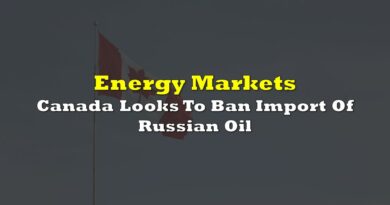 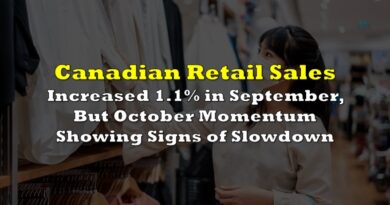