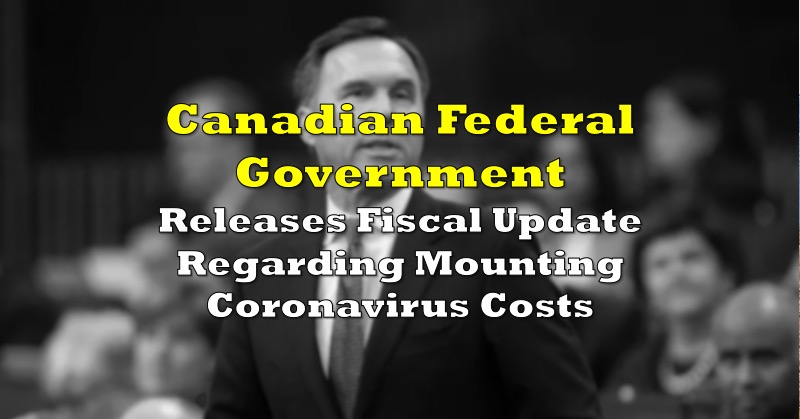 As Canada begins the economic recovery phase from the coronavirus pandemic, the federal government has finally been able to provide Canadians with a fiscal update regarding the actual financial burden stemming from the deadly virus.

According to the fiscal update which was released on Wednesday, Finance Minister Bill Morneau is anticipating a $343 billion shortfall, with at least $212 billion stemming from direct stimulus payments to millions of Canadians and businesses. As a result, Canada will now have a record amount of mounting debt, some of which includes up to $106 billion in both the 30-year and 10-year sectors in 2020. Investors in the meantime, reacted to the news, causing yields on benchmark 30-year debt to rise by 10.8 points to a total of 1.092%.

The astronomical government spending over recent months has caused the budget deficit to reach 16% of Canada’s total economic output. The Liberal government is now forecasting debt to increase from 31.1% to 49.1% of total GDP for the fiscal year that began on April 1. In the meantime, Morneau expressed the government’s plans to issue additional long-term bonds in order to take advantage of current low interest rates. The annual gross bond issuance is expected to reach approximately $409 billion for the fiscal year 2020.

In addition to the current deficit, the federal government’s spending is expected to reach levels not seen since the Second World War. Program expenses are poised increase to 27.5% of GDP, or $592.6 billion. Much of the program expenditures stem from the Canada Emergency Response Benefit, which accounts for a total of $82.3 billion to date.

Also in the fiscal update, government revenue is projected to decline by 21% to $268.8 billion, with equates to nearly 12.5% of total GDP. The sharp drop in revenue results from a reduction of sales tax due to weakened consumerism during the pandemic, as well as a decline in incoming tax revenue. However, the entirety of the federal government’s fiscal update is based on the Canada’s economy contracting by 6.8% in 2020, before a rebound of 5.5% the following year.

Information for this briefing was found via the Department of Finance and Bloomberg. The author has no securities or affiliations related to this organization. Not a recommendation to buy or sell. Always do additional research and consult a professional before purchasing a security. The author holds no licenses. 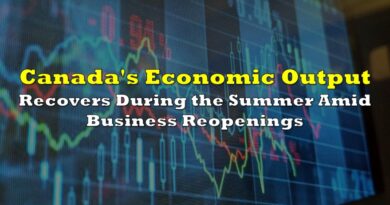 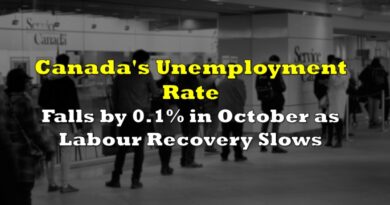 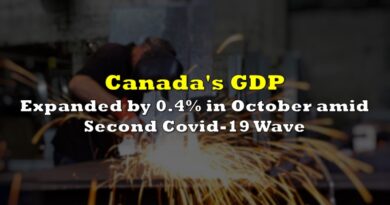 Canada’s GDP Expanded by 0.4% in October Amid Second Covid-19 Wave