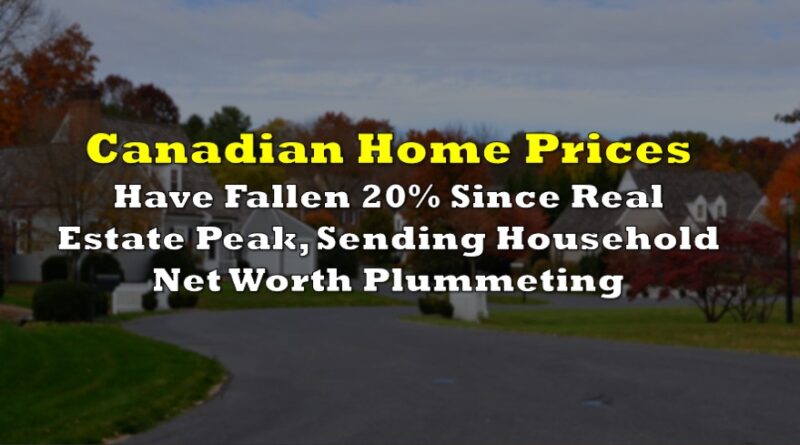 Canada’s real estate market continues to decline from last year’s peak, with sales levels falling by about 24% from 12 months ago. But, what only appears like a modest decline still sends significant rippling effects throughout the economy.

The average price of a Canadian home is now $179,047 less than it was in February 2021, and with interest rates rapidly on the rise, prices will likely continues to fall. Indeed, the 20% decline in home prices brings the real estate market into more sustainable territory, whilst presenting a lucrative opportunity for those still looking to get into the housing market. However, for those already owning a home, they are likely feeling a big portion of their net worth erode away.

The majority of Canadians’ household wealth is linked to home prices, with the real estate sector contributing a significant portion to Canada’s GDP levels. But, according to data from Statistics Canada, household net worth— calculated by subtracting liabilities from assets— fell by a jaw-dropping $990.1 billion in the second quarter of 2022. “This decline was compounded by a $389.8-billion drop in the value of non-financial assets, as the streak of gains in real estate that began in late 2018 was halted by a housing market grappling with rapidly rising interest rates,” the statistics agency explained.

With home values on the decline, and the cost of mortgages on the rise, Canadians are spending less on other goods and services, such as building materials, furniture, and dining out. “We have more depressed housing activity that’s going to drag on real economic growth and is going to drag on job growth,” said BMO economist Robert Kavcic, as cited by CBC. With the unprecedented rise in home values during the pandemic, Canadians had inflated pocketbooks, and went on borrowing and spending sprees, which were propped up by the surge in their home values.

But, with home values on the decline and interest rates on the rise, homeowners will borrow and spend much less. “If your mortgage payment is gone up $500 a month, or $1000 a month, that is immediately biting into discretionary spending that you could otherwise be spending elsewhere in the economy,” added Kavcic.

Information for this briefing was found via the CREA, Statistics Canada, and CBC. The author has no securities or affiliations related to this organization. Not a recommendation to buy or sell. Always do additional research and consult a professional before purchasing a security. The author holds no licenses. 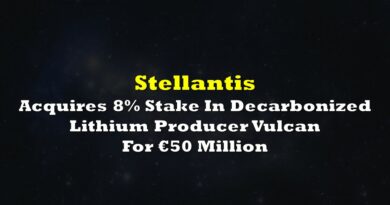 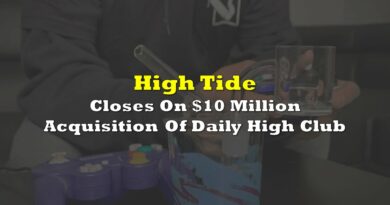 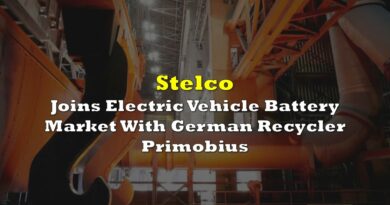