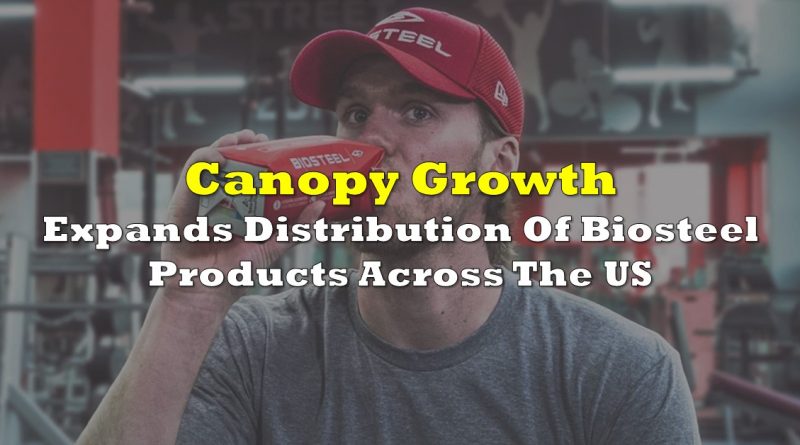 Canopy Growth (TSX: WEED) (NYSE: CGC) has expanded the distribution of its majority-owned Biosteel brand within the US. The company this morning announced two exclusive partnership arrangements this morning, assembled through its connections with Constellation Brands, for the distribution of Biosteel in Metro New York as well as California and Florida.

Manhattan Beer will be the exclusive distributor of Biosteel products in the fourteen counties that comprise of Metro New York. Manhattan is referred to as a top 10 US Beer Distributor, whom serves more than 25,000 clients from five distribution sites in New York that total of 1.5 million square feet. In addition to beer, the firm wholesales win, hard cider, bottled water, and non-alcoholic beverages.

In California and Florida, Reyes Beer Division will be the exclusive distributor of products under the Biosteel banner. The firm distributes products through more than fifteen subsidiaries in numerous states, including Florida, California, Illinois, Maryland, South Carolina, Virginia, and Washington, DC.

Further details on the distribution arrangements were not provided. The company did indicate however that several other smaller distribution partnerships were entered into across the US via Constellations’ network to bring the ready-to-drink sports drinks to consumers across America.

Canopy Growth currently owns a 72% stake in Biosteel, which is acquired in October 2019. A path to a 100% stake in the firm also exists for the firm, however transactional details are slim. Bitcoin Plummets by Almost $10,000 in One Hour as Jerome Powell Turns Hawkish