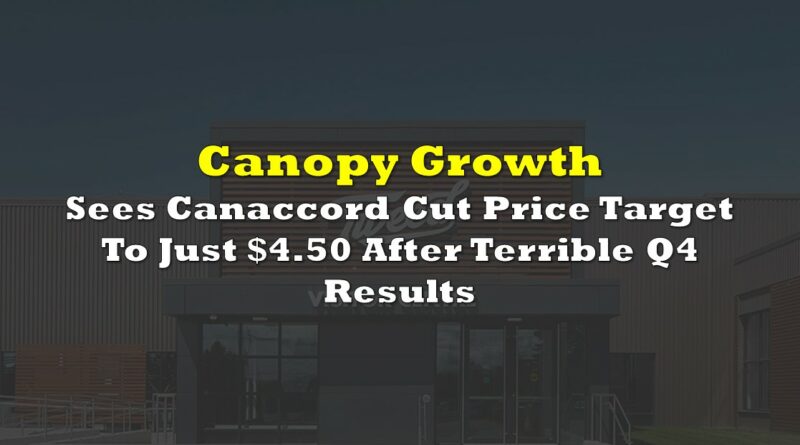 On May 27, Canopy Growth (TSX: WEED) reported its fiscal fourth-quarter financial results for the period ending March 31, 2022. The company reported net revenues of $111.8 million, down 25% year over year. While its fourth-quarter gross margin percentage was (142%) and its adjusted gross margins came in at (32%).

Canopy Growth had its average 12-month price target slashed by a number of analysts after the company reported, its average price target now sits at C$7.59, down from C$9.81 before the results, and only suggests an upside of 23%. There are currently 18 analysts covering the stock, with 1 analyst having a buy rating, 9 have hold ratings, 5 analysts have to sell ratings and 3 have strong sell ratings on the stock. The street high price target sits at C$17, or a 177% upside to the current stock price.

In Canaccord Genuity’s note on the results, they reiterated their sell rating but cut their 12-month price target on the stock from C$6.00 to C$4.50. This price target cut comes swiftly after they had already cut the price target in anticipation of a weak quarter. Canaccord remarks that negative growth and margin declines continue to push Canopy’s profitability prospects down the road.

On the results, Canaccord’s note can be summarized by the quote, “The company continues to see sizable declines across all revenue segments (most concerning in its Canadian adult-use penetration), printed a negative gross margin profile, and saw its FQ4 adj. EBITDA loss steepens by almost 2x QoQ.”

Canopy reported $111.8 million in revenue, below Cananccord’s $125.7 million estimates for the fourth quarter. Canaccord says that this miss came from a miss in all segments, specifically Canadian adult-use, international, and CPG segments which all saw double-digit sequential decreases.

Canopy’s adult-use segment saw a 19% decline in sales, which management attributes to increased competition and insufficient supply of high-demand products. Canopy’s international revenue saw a 37% sequential decline while its CPG segments saw a 21% decline. With specific items like Storz & Bickel accessories coming down by 14% while BioSteel sports drinks dropped 21% sequentially.

Canaccord calls Canopy’s adjusted EBITDA loss of $121.8 million “of particular concern,” as the results came in well above their estimated loss of $69.8 million.

They say that Canopy’s year-ending cash balance of $1.38 billion and total long-term debt of $1.5 billion isn’t looking the best, especially after you factor in their free cash flow burn of $507 million for the year. Canaccord believes that Canopy’s net debt balance will continue to increase in the coming years, “as the company continues to utilize its cash coffers to fund what continues to be sizable operating losses.” 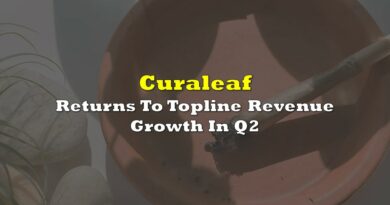 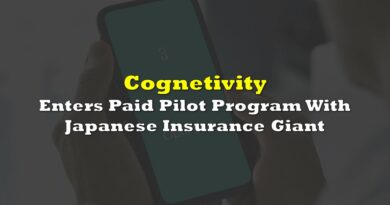 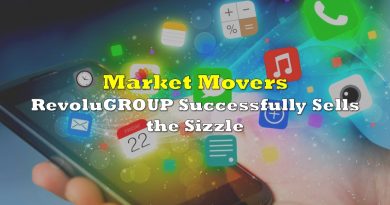