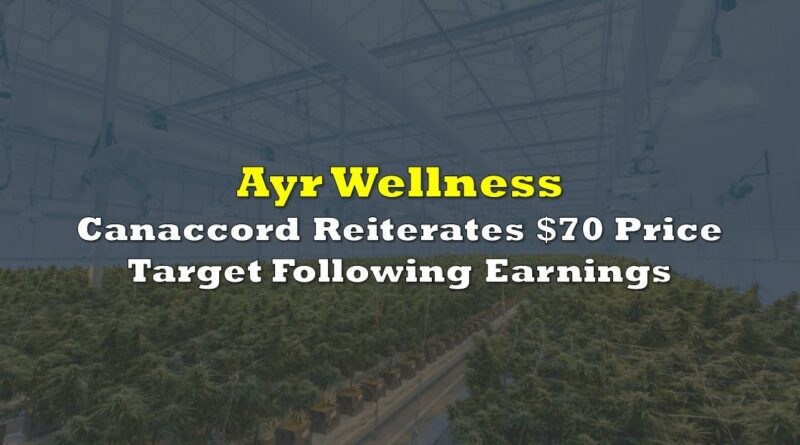 Earlier this week, Ayr Wellness (CSE: AYR.a) reported their first-quarter earnings. The company reported revenues of $58.4 million, a 22.7% increase quarter over quarter and a 74% increase year over year. The companies EBITDA came in at $18.4 million, or generally flat quarter over quarter but EBITDA margin percent dropped from 38.9% to 31.5%. The company also guided for $90 million in revenue for the second quarter of this year as well as EBTIDA margin being “in the 30% range.”

Ayr Wellness has a total of five analysts covering the name with the average weighted 12-month price target being $58, or a ~60% upside. One analyst has a strong buy rating while the other four have buy ratings. Beacon Securities has the street high at $76.

In Canaccord’s review of the earnings, their analyst Matt Bottomley elected to reiterate their C$70 price target and speculative buy rating, headlining, “Top-line lift on integration of LHS; margins take a small step back as Ayr invests in growth.”

Ayr’s numbers generally came in line with Canaccord’s estimates, with Bottomley saying that this quarter’s top-line growth came from “a partial quarter of contribution from LHS,” as well as a single week of sales from Arizona. The company has now completed most of its announced M&A deals and has “transformed itself from a two-state operator to a seven-state MSO.”

With the company reiterating their 2022 guidance of $725 million in revenue and $300 million in EBITDA, the company announced guidance for the second quarter which gave Canaccord no surprise. They do make note of some things Ayr’s COO, Jen Drake said on the call which you can find below.

Below you can see the updated 2021 and 2022 estimates from Canaccord. 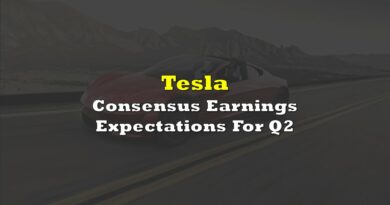 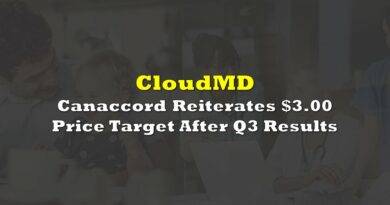 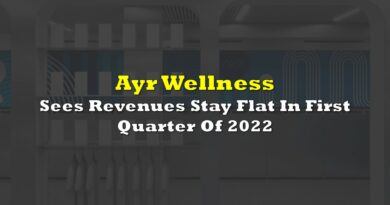