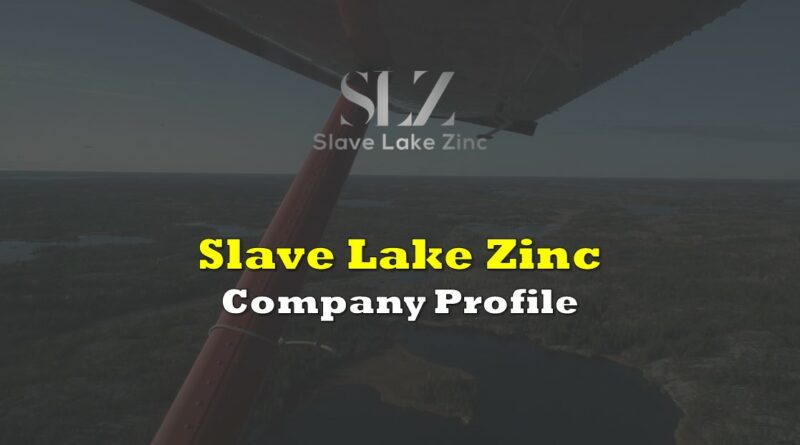 Slave Lake Zinc Corp. (CSE: SLZ) was formed to seek metals that are deemed essential raw materials for today’s era of electric vehicles, renewable energy and other industries that are emerging to help fight climate change. The company is focusing on developing its massive 76.25 square kilometre O’Connor Lake zinc-lead project located in the South Slave region of the Northwest Territories (NWT), located approximately 185 kilometres southeast of Yellowknife and 150 kilometres east of Hay River. The property includes the historic O’Connor Lake zinc, lead, copper and precious mineral deposits which were explored prior to 1952.

The Deep Dive views Slave Lake Zinc Corp. as a exploration-stage company with considerable upside potential. Importantly, the firm has entered into a Collaboration Agreement with local stakeholders, including the Northwest Territory Metis Nation. The O’Connor Lake project appears to be a potentially strong asset, with many potential mineralized zones within the property, for which the company plans to conduct a major exploration program to expand the known resources and delineate the size and scope of the minerals zones, which at first glance appear to be connected near the surface. If it can be determined that that to be the case, the project could attract the attention of major mining companies to put the property into production, and provide SLZ shareholders with a lucrative windfall exit.

The current global macro environment provides a bullish catalyst for the price of zinc due to a spike in demand as economies recover from reduced productivity over the past two years due to the global pandemic, which caused severe disruptions in the world economy. Zinc and other metals have also been deemed to be critical strategic minerals by the Canadian and US governments. The global supply chain issues resulting from the pandemic, and further exacerbated by geopolitical events underscores the need for domestically-sourced raw materials that are essential for the Canadian economy and the efforts to promote a “green” economy to combat climate change.

According to The International Zinc Association, it estimates that the market share of zinc-ion batteries will climb from 1% in 2021 to 5% in 2025, and 20% in 2030. The Association expects global zinc demand for renewable energy technologies will continue to increase during the next decade, to 375,000 metric tonnes by 2030, with the solar energy subsector expected to be the largest consumer of zinc in the category with a projected volume of 162,000 metric tonnes in 2030.

Zinc is the fourth most consumed metal and is used primarily in steel fabrication to galvanize steel and iron to prevent rust and corrosion. Zinc is also used for alloys, combining with other metals for use in industrial production. Zinc oxide meanwhile is used for rubber production and for chemical compounds and cosmetics. Aside from its industrial usage, zinc is also used for medicinal purposes because It is a necessary element for the growth and development of humans, animals, and plants.

The recent rise in metals prices has caused Osisko Metals (TSXV: OM) to reopen the past producing Pine Point zinc mine, located west of the O’Connor Lake property, which between 1964 and 1987 produced 58 million tonnes of ore with grades of 7% zinc and 4% lead. Previously one of Canada’s largest mines, rehabilitation of the Pine Point mine will help create railhead infrastructure that will complement the 18-megawatt Taltson hydroelectric plant that supplies low-cost power to the regional communities, including Fort Resolution, which is 60 kilometres south of  the O’Connor Lake property

Slave Lake Zinc and Osisko Metals are the only companies that have successfully negotiated the land withdrawal process. The company’s management has been working on this project for many years, earned the trust of the local First Nations communities, and is committed to a collaborative effort to develop the project and provide economic stimulus to the region.

The O’Connor Lake property hosts zinc-lead-silver mineralization contained in an extensive vein fault system of hydrothermal origin. The underlying geology of the South Slave region is called the Talston Magmatic Zone (TMZ),and these types of magmatic zones can be found in different parts of the world, often hosting significant producing deposits of various essential minerals, including zinc. Historical data suggests that the O’Connor Lake deposit and the underlying TMZ region is highly prospective for a number of critical minerals, but has been largely underexplored.

Slave Lake Zinc’s optimism about the O’Connor Lake property stems from the large amounts of historical data that was accumulated in the 1950’s. In 1952, the property owner at the time, American Yellowknife Mines, indicated there was a geological resource of 67,950 tons grading 7.64% zinc, 3.12% lead, 0.13% copper and 0.29 oz/pt silver at the property’s Shaft Zone. The Shaft Zone’s historic workings include a headframe and underground drifting, and has been traced by pits and diamond drilling for a length of over 400 meters.

The Shaft Zone is open at depth with the deepest historic drilling intersecting  mineralization down to 200 metres, which was the deepest known historic drilling. Samples from pits along the zone returned assays ranging from 10% to 27% zinc plus lead. American Yellowknife sank a three-compartment shaft to a depth of 55 metres; and a drift station cut at 45 metres to access the vein system. Assays from a 24-tonne bulk sample returned grades of 55% lead, 13.5% zinc, and 84.4 g/t silver.

During the summer of 2022, Slave Lake Zinc conducted a short prospecting campaign to evaluate the property’s newly staked claims, which cover a structural corridor trending at least 15 kilometers northwest to southeast centered over the original lease where prior mine development was undertaken. Mineralization within the corridor is contained in North to Northwest trending structures and offset splay fractures, and there are at least 25 historic showings which require documentation, sampling, and geologic examination.

Previous geophysical surveys completed by the company identified a continuous mineralized trend over 1,100 meters in length and extending 700 meters southeast from the headframe area. Early indications are that the entire O’Connor Lake property appears to cover hydrothermal mineralized zones. A 900-line kilometre survey was also conducted, with results said to correlated well with previously conducted surveys.

The recent survey also revealed previously unknown structures that are present nearby and parallel to the main 1952 known mineralized zone. The new parallel structures are underwater and are now priority drill targets. The company is currently continuing to interpret the latest survey data.

Once the most recent geophysical survey results are interpreted, Slave Lake Zinc will prepare for a major follow up prospecting and development program for 2023. The company is expected to employ modern exploration techniques to follow up on the vein structures that were delineated prior to 1952. Due to the massive land position, SLZ will undertake a systematic approach to expanding and delineating the mineralized zones. Geophysical data supports the notion that there are many potentially interconnected mineralized vein systems, and that the O’Connor Lake property might be one huge deposit.

Mr. Wigham studied Geological Sciences at the University of Saskatchewan and worked as a geological assistant and prospector for a number of public and government organizations. He then embarked on a lengthy career in the financial services industry, working for a number of investment dealers in Saskatchewan, British Columbia, and Ontario.

Mr. Rai graduated from the BCIT in Marketing Management. He became an investment advisor in British Columbia, Alberta and Ontario, specializing in raising capital in the venture market for the natural resources and tech sectors.

Mr. Cummings holds a Bachelor of Commerce degree from the University of British Columbia. He was a chartered accountant for over 25 years as CFO of BC Hothouse Foods Inc. and subsequently of the Houweling Nurseries Group. Mr. Cummings has also served as a CFO and Director for a number of public companies.

Mr. Macdonald holds a BSc. from the University of British Columbia, and has been a professional geologist since 1982. He has extensive experience as a consultant and exploration manager for mining development projects with major and junior mining companies. Mr. Macdonald’s father worked at the O’Connor Lake project in the 1950s.

Mr. Braden, has been the seasonal manager of Weaver & Devore Trading Ltd. In Yellowknife, NWT since 2015, coordinating resupply to exploration crews working out of Yellowknife in the NWT and Nunavut. Between 2002 and 2014 he provided contract staking services and preparing applications for Land Use Permits including consultations for junior companies. Mr. Braden has engaged in several Environmental Assessment Reviews for NWT projects. As operations manager for Yellowknife-based Northern Geophysics Ltd. Mr. Braden oversaw the staking of over 25 million acres for junior and major exploration, particularly during the NWT diamond rush during the 1990s.

Mr. Zadka holds a B.S. from Baruch College in New York City and has had an extensive career in Investment banking, capital markets, M&A, and corporate finance with focus on the metals and mining industry. He has served in a number of senior executive positions for several financial institutions, and is  currently executive chairman at Cerro de Pasco Resources Inc.

For further potential risks, please see the most recent MD&A filed by the company.

Some of the potential catalysts we see that could have a large impact on the company include:

At the Deep Dive, we like the macro prospects for precious and base metals, and the underlying fundamentals that would suggest we are in the early stages of a mining bull market. We especially like projects in safe jurisdictions that are located close to existing producing mines or significant discoveries.

Slave Lake Zinc is an exploration and development company with a potential world-class zinc asset in the Northwest Territories. The firm recently announced exciting results from its 900 line-km airborne geophysical survey that appears to show that a significant portion of the O’Connor Lake property contains surface or near surface mineralization. Slave Lake Zinc’s management team has been working on this project for many years and has built strong relationships with the local First Nations communities, which are essential for the progress and success of the project.

With 51.5 million shares outstanding and a very small market capitalization of only $3.60 million, Slave Lake Zinc Corp appears to have the potential for upside if the company can develop the property to a feasibility study stage. If the firm can prove up a potentially mineable project, it could result in a lucrative exit for SLZ shareholders. In the interim, Slave Lake Zinc will be actively exploring the property to delineate the size and scope of the many mineralized zones on the O’Connor Lake property. 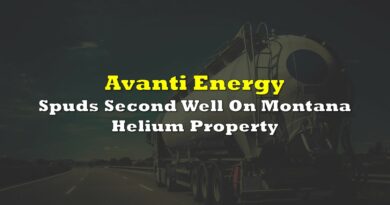 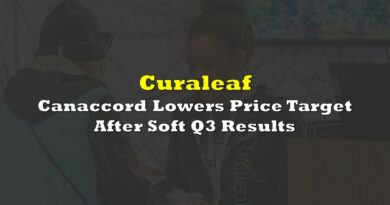 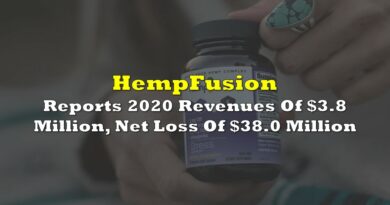