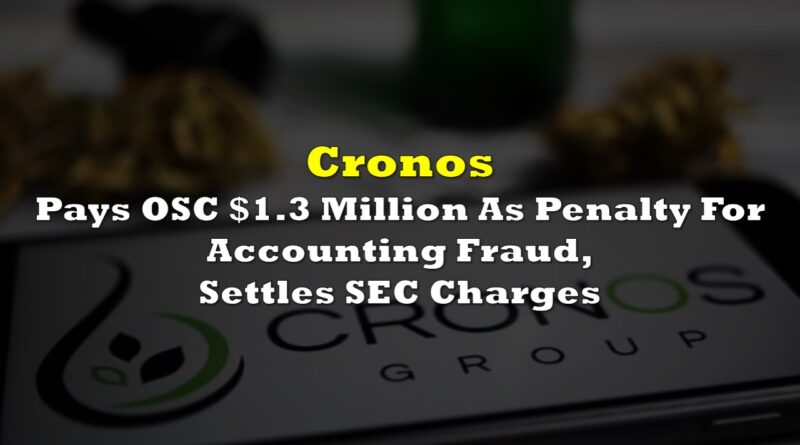 The Canadian cannabis company paid a $1.3 million administrative penalty and an additional $40,000 towards the cost of the OSC’s investigation. Cronos has already paid such sums prior to the hearing.

Also part of the agreement, the firm will subject to a review of policies and processes, including Cronos’s compliance with obligations relating to internal controls over financial reporting, by an independent consultant acceptable to the Commission.

William Hilson, Cronos’ former Chief Financial Officer and Chief Commercial Officer, was involved in one of the wholesale transactions in which Cronos overstated revenue by $3 million. In settling this dispute, Hilson agrees that he did not take the necessary steps to address Cronos’ management of revenue recognition difficulties for this transaction, and that his actions were detrimental to the public interest.

As part of the settlements, Hilson made a voluntary payment in the amount of $50,000 to the OSC plus $20,000 for the commission’s investigation costs. He will also be barred from serving as a director or officer of any reporting issuer for a year.

The OSC said it acknowledges the help extended by the US Securities and Exchange Commission, which also settled its own charges against Cronos and Hilson.

The settlement with SEC compels the firm to refrain from committing or causing any future violations of certain provisions of the United States federal securities laws. Cronos also committed to certain undertakings, including appointing a qualified independent consultant.

“We are pleased to have resolved these matters,” said CEO Mike Gorenstein. “Important steps have been taken to strengthen our internal controls, and we are committed to continuing this work.”

“As the industry continues to grow, it is imperative that investors receive accurate information about the financial performance of public cannabis companies to support informed investment decisions in this nascent sector,” said Jeff Kehoe, Director of Enforcement at the OSC. “The settlements announced today hold Cronos and Mr. Hilson accountable for their failures and serve as another excellent example of the OSC working across international borders to protect Ontario’s capital markets.

Information for this briefing was found via the OSC and the companies mentioned. The author has no securities or affiliations related to this organization. Not a recommendation to buy or sell. Always do additional research and consult a professional before purchasing a security. The author holds no licenses. 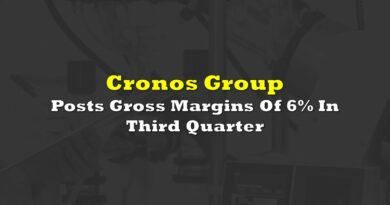 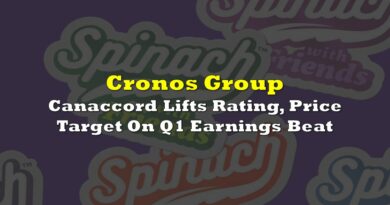 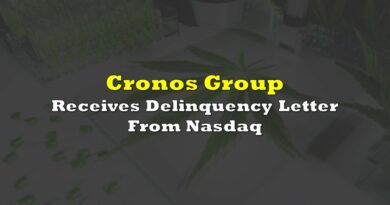