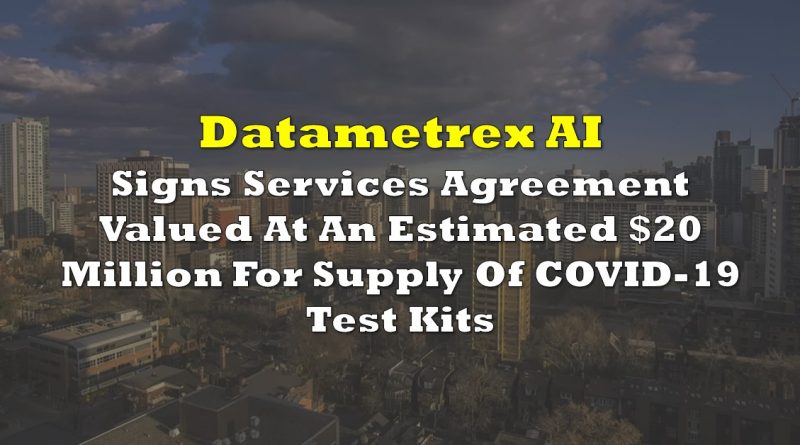 Datametrex AI Limited (TSXV: DM) released substantial news this morning, revealing that the reason for its stock being halted is that the company has signed a massive services agreement with one of the worlds largest media and entertainment groups. The agreement will see Datametrex supply COVID-19 screening solutions to the groups theatrical film and TV studios in Vancouver and Toronto to the tune of over an estimated $20 million.

While it was not revealed by the company whom specifically it was that the purchase order was signed with, it was revealed that the film and television producer has a worldwide presence among multiple subsidiaries. While not stating specifically whom the other party is in the transaction, it can be deduced whom the likely candidates are.

The services agreement will see Datametrex supply COVID-19 screening solutions to the firm, such as COVID-19 test kits and related services, over an initial nine month term, commencing immediately. Subsequent press releases are expected to be issued identifying the specific individual statements of work signed in connection with the agreement, along with the material terms and conditions of such arrangements. It is currently anticipated that the aggregate dollar amount associated with these contracts will exceed C$20 million, given the anticipated demand for test kits. As always, Datametrex expects to have little or no upfront costs associated with the importation and sale of the test kits.

The city of Vancouver is viewed as being the third largest production centre in North America, with the industry stated to be worth $3.2 billion in 2019. The Canadian industry as a whole, comparatively, is said to be valued at $8.92 billion, with Vancouver representing 37% of production. Ontario on the other hand represents 34% of Canadian production, with Toronto representing $3.17 billion in production volume.

Collectively, the sector employs 179,000 full time equivalent workers in Canada, presenting ample opportunity for growth for Datametrex in terms of COVID-19 test kit sales. Commenting on the opportunity in front of the firm, Datametrex CEO Marshall Gunter stated, “with Vancouver productions quickly returning to the studios and filming, we feel that this is the tip of the iceberg for new film business for COVID-19 screening business.”

Datametrex AI last traded at $0.13 prior to seeing trading halted on the TSX Venture. 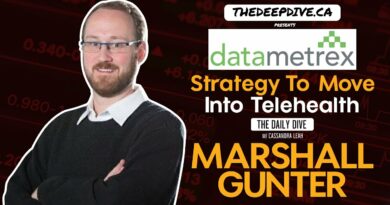 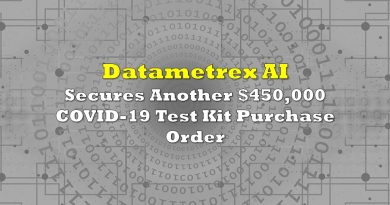 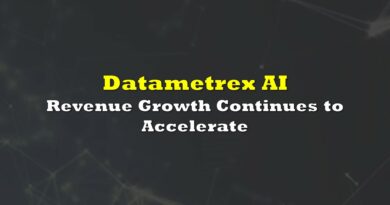