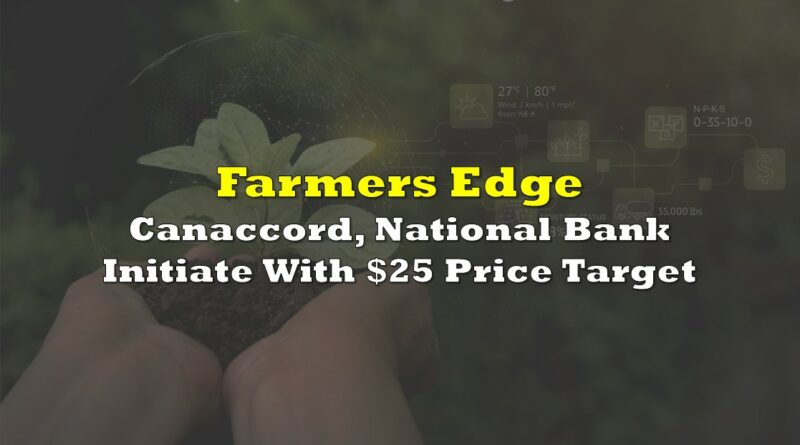 Early this month Farmers Edge inc (TSX: FDGE) completed their $125 million IPO on the TSX, with the IPO later seeing the over-allotment fully subscribed, bringing the total figure to $143.8 million. Farmers Edge is focused on digital agriculture, whereby it provides farmers with what it refers to as “cutting-edge solutions powered by a unique combination of field-centric data, artificial intelligence, and complete integration.” The company currently has 40.7 million common shares outstanding, 21.0% of which are not held by major shareholders.

Earlier this week, Canaccord became the second investment bank to initiate coverage on the name, with a C$25 price target and buy rating, while National Bank also initiated coverage with the exact same price target and outperform rating on the company.

Doug Taylor, Canaccord’s analyst, says that Farmers Edge is “getting the edge on AgTech revolution,” and calls Farmers Edge the leading provider of technology for the modern farm. Canaccord believes that the precision and digital ag industry will reach a $22 billion industry in 2025, growing from $13.8 billion in 2020. That represents an almost 10% CAGR. While AI-assisted framing is expected to grow at a roughly 25% CAGR to $3 billion by 2025.

Taylor says that the companies main revenue segment consist of a recurring subscription service that is dependent on the amount of acre’s which gets more pricey when you introduce the company’s Smart VR solutions. The tool includes sophisticated analysis tools to assist in decision-making with respect to farm inputs. The data is then displayed on an application.

Taylor gives five ways for Farmers Edge to increase its top-line growth as he expects them to grow revenue 45-50% over the next two years, “through a combination of subscribed acre growth, better conversion to paid subscriptions (from free trials), and migration to higher-tier products.”

The first initiative the company can use to generate better top-line return would be to expand their partner program Taylor says. He says that the company has seen a 75% sell-through rate after giving out a one-year trial. He adds, “Current partners potentially provide access to 325M acres of farmland (vs. the current 23M footprint).”

The next two initiatives tie together. Taylor believes that insurance companies would be able to more accurately their claims by using Farmers Edge’s technology. Taylor writes, “This is a potential high-margin revenue
stream, particularly where Farmers Edge is already deployed by the farmer.” The other initiative is to collect the carbon data, which they can then sell to the farmers to get carbon credits.

The next two initiatives are also tied together, Taylor believes that the company can explore other revenue streams with new partnerships that includes lending, retail, ecommerce, sustainability/accountability measurement and tracking. Taylor also see’s the company taking a stab at different M&A in an effort to grow revenue.

Below you can see Canaccord’s revenue and EBITDA estimates. 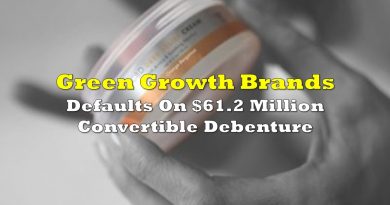 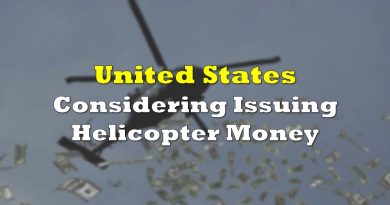 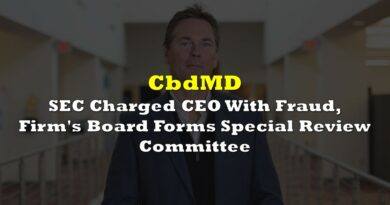