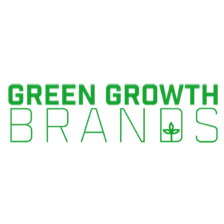 Green Growth Brands (CSE: GGB, OTCMKTS: GGBXF) had an excellent day on the markets yesterday, possibly in relation to the news that U.S. President Donald Trump is set to sign the Farm Bill later this afternoon. The much awaited bill for those unaware contains new language that effectively legalizes industrial hump provided that it has a THC content of less than 0.3%.

With this action, it thereby legalizes the CBD industry – an industry in which Green Growth Brands has focused much of its efforts on. The firm expects to derive as much as 39% of its annual revenues from the segment over the next year, with that figure rising to 43% by 2021. Current company estimates place the annual dollar figure for the segment at roughly US$68mm for FY19.

But how is Green Growth Brands intending to execute in order to reach these figures? We spent our night digging to find out.

Green Growth Brands comes to the cannabis and related CBD markets with a management team chock full of success stories. Previously, they have been involved in the C-Suite of several household names – such as the likes of Victoria’s Secret, Designer Shoe Warehouse, American Eagle Outfitters, Bath and Body Works, and the list goes on. Amongst these names, there is one item that stands out above all – branding.

To say that Green Growth Brands is focused on the branding aspect of their organization is a large understatement. In a recent Ask Me Anything (AMA) performed on Reddit with CEO Peter Horvath, this concept was driven home again and again. The path to success in the industry, aside from quality product, is a heavy focus on brand leadership. This is what will set apart one industry contender from the next.

Within their portfolio, Green Growth Brands has created four separate brand names that will be utilized with their products. Each is intended for a separate target audience in an apparent effort to capture a larger percentage of the market share. The brands, known as Camp, Meri + Jayne, Seventh Sense, and Green Lily, will be utilized for both CBD and cannabis purposes based on the information we could find.

In terms of getting the CBD products to market, Green Growth Brands appears to have three separate strategies for this task – wholesale, ecommerce, and kiosks. While the first two are expected, the third model is slightly uncommon. From what appears to be a method to reduce leasing costs for retail exposure, the company will be focusing on pushing product through its own retail kiosks where it can have brand specific stores at a relatively inexpensive price. To aid in this, they have brought in an executive that was formerly with Sunglasses Hut, a firm notorious for its use of many kiosks.

As per Peter Horvath in the Reddit AMA, the company intends to begin opening these kiosks in February 2019.

In terms of wholesale distribution the company has been testing sales of CBD products at two national retailers as stated by Horvath, however it was not identified which retailers they were in particular. The company currently has forty one separate SKU’s on the market, with the intent to launch an additional eighty by the end of February 2019. In total, Horvath stated that the company will have approximately 1400 SKU’s on the market by the end of 2019, quickly dominating the CBD market.

Of particular note when asked what retailers they had partnered with specifically, Peter Horvath stated “We will be rolling to bulk orders in 2019, and will share our wholesale partners when appropriate.” Given that the farm bill is expected to be finalized later today, there is a high probability that the names of these retailers will be revealed in the days following.

Given the history of the current executive team, conclusions can be drawn on specific retailers where Green Growth Brands products may show up. Each brand that the company has put forward is reminiscent to a certain degree of a previous association that members of management have had. For instance, the branding of Meri + Jayne is very similar to that of American Eagle – it is a very youthful, surf-vibe brand.

In comparison, Seventh Sense very much has a Bath and Body Works feel to it. The brand even appears to go as far as utilizing the same product containers as the company it is modelled on. In turn this would thus make it a very complimentary product for the retailer to carry.

Based on the connections that management has, this is not an unrealistic scenario to consider. After all, branding is a major focus of the firm and aligning it with like-minded products would drive further sales.

For Green Growth Brands, from what we can see the signing of the Farm Bill is significant in that it enables them to focus on the other half of their business. With the increase expected in hemp production, it will in turn lower the cost of inputs for the company and enlarge margins that the firm can grasp on each sale. It will also enable them to utilize banking services for at least half of their operation, and it will open their distribution networks to national retailers that will no longer feel threatened by federal law.

We’ve only just touched on Green Growth Brands after spending a night discovering what they are about, and how they intend to go to market. Based on what we have discovered thus far, we’ll be revisiting the firm shortly to get a better grasp of their cannabis operations, as well as to examine where they stand relative to competitors.

The landscape of the cannabis sector has changed with the rising popularity of US-based multi state operators. Now is the time to get a strong understanding of what to expect in the years to come.

Information for this briefing was found via Sedar, The CSE, Reddit, and Green Growth Brands. The author has no securities or affiliations related to this organization. Not a recommendation to buy or sell. Always do additional research and consult a professional before purchasing a security. The author holds no licenses. 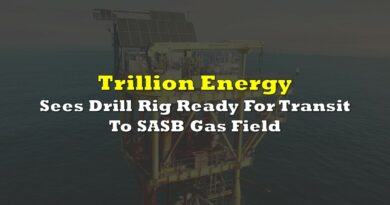 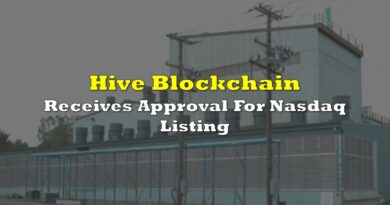 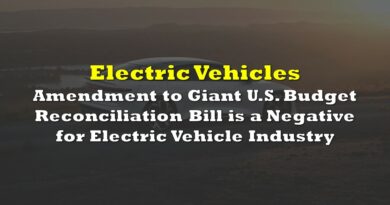