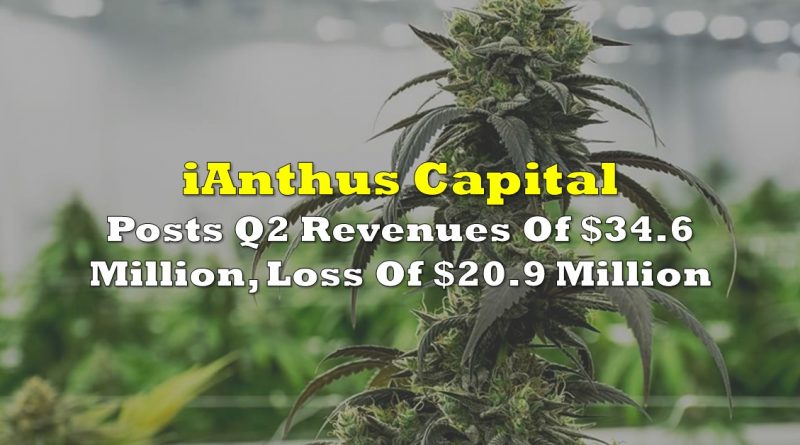 iAnthus Capital Holdings (CSE: IAN) reported its second quarter 2020 financial results after the bell this evening, reporting revenues of $34.6 million and a comprehensive loss of $20.9 million for the period ending June 30, 2020. Revenues represented a 13.9% increase on a quarter over quarter basis despite the coronavirus pandemic.

Excluding impairments from the previous quarter, expenses had amounted to $32.6 million, with the current quarter still representing a significant improvement in expenditures. The largest expense in the current period was that of salaries and employee benefits at $8.9 million, followed by depreciation and amortization at $7.1 million, and professional fees of $5.1 million.

Coupled with an income tax expense of $4.8 million, the company lost $20.9 million over the course of the three month period.

Moving to the balance sheet, iAnthus reported a cash position of $8.1 million as of June 30, compared to $6.6 million in the prior period. Receivables fell from $8.1 million to $5.1 million, while inventory grew to $29.0 million from $27.8 million. Overall, current assets remained relatively flat, falling to $63.0 million from $63.7 million.

On the liabilities side of things however, the company was simply in a cash crunch. Followers of the company will know that the liabilities reported are vastly different at the present time following the restructuring, however its unclear specifically what payables have changed.

As of June 30 however, iAnthus had $53.7 million in payables and accrued liabilities, which climbed significantly from $40.6 million in the prior period. Current portion of long-term debt was also sky high as a result of certain defaults, with the value sitting at $146.3 million, compared to $143.0 million in the prior period. Current liabilities overall during the quarter grew to $208.0 million, up from $191.3 million.

iAnthus Capital Holdings last traded at $0.08 on the CSE. 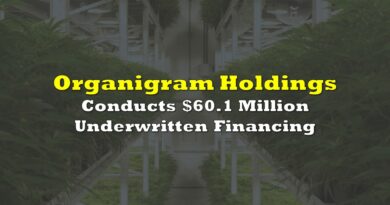 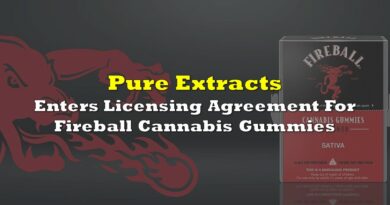 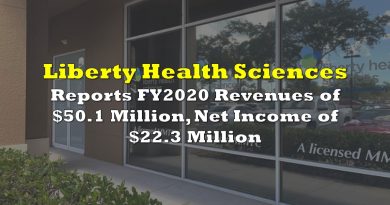