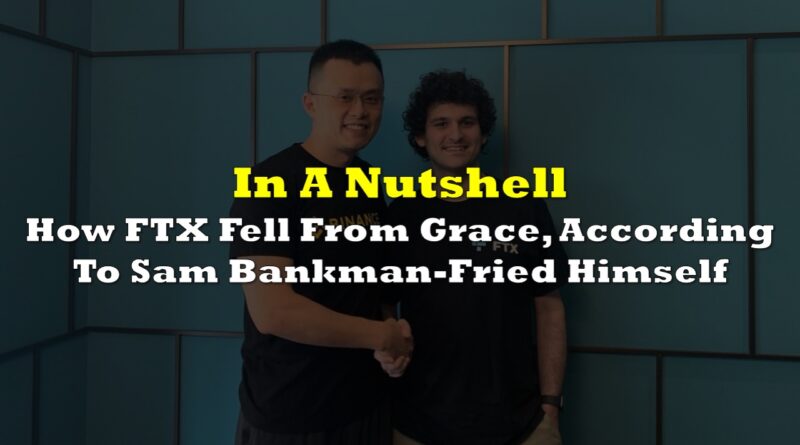 Much has been said about crypto exchange FTX and its embattled leader Sam Bankman-Fried on their downfall, taking most of the crypto industry with it.

Currently, the firm is in the process of filing for bankruptcy, where around one million creditors are expected to chase the liquidation. Bankman-Fried has already stepped down from management and was replaced by Enron liquidator John J. Ray III as CEO.

While there are multiple aspects we can dig deep on this crypto exchange’s implosion, here’s what led to its crash in a nutshell.

Bankman-Fried admitted that he “f*cked up,” lamenting he “should have done better.”

“The full story here is one I’m still fleshing out every detail of, but as a very high level, I f*cked up twice,” the FTX chief admitted in a twitter thread. He further owned up to his two mistakes: a poor internal labeling of bank-related accounts that gave him a false sense of margin (twice) and not communicating the concern enough.

But as more information comes to light, the pendulum is swinging heavier on the Ponzi scheme side rather than a margin call mistake.

The whole debacle started with a Dirty Bubble Media report claiming FTX’s sister hedge fund, Alameda Research, is insolvent and projected to suffer the same fate as that of the bankrupt Celsius Network. Most of its assets are tied to FTT and other tokens tied to Bankman-Fried.

An Alameda Research pitch deck for raising money from investors back in 2018 showed a product that offered 15% returns with no lock-ups.

“Having that guy exposed as one of the biggest Ponzi schemers in history, that’s gonna, that’s gonna really tarnish whatever this industry was trying to develop in terms of a reputation. Like in terms of people that go down, he was probably the worst person to go down,” said Mike Burgersburg of Dirty Bubble Media in a The Deep Dive exclusive interview.

Alameda chief Caroline Ellison tried to refute the report, saying it is a balance sheet just “for a subset of our corporate entities” and therefore doesn’t reflect the entirety of the company.

According to a person familiar with the situation, Ellison disclosed the cause of the collapse to Alameda staff on Wednesday. She apologized for disappointing the group. She claimed that in recent months, Alameda had taken out loans and utilized the proceeds to fund venture capital investments, among other things.

This practice of keeping a close circle is an apparent norm in Bankman-Fried’s world. Via his intimacy intricacies, has made it a point to keep his team lean and FTX’s management leaner.

“Realistically speaking, I don’t think anyone can maintain close contact and close communication with more than 15 people,” Bankman-Fried said in an interview, The New York Times reports.

Bankman-Fried took pride in the fact that FTX had a significantly smaller staff of around 300 people than its biggest rivals, Binance and Coinbase.

According to four people acquainted with the situation, Bankman-Fried maintained a somewhat secluded existence in the Bahamas, surrounded by a small clique of colleagues, some of whom were in intimate relationships with other FTX employees. He and his top lieutenants shared a penthouse at Albany, a 600-acre oceanfront resort on the Bahamas’ island of New Providence.

Two people have said Bankman-Fried and Ellison were at times romantically involved–which the FTX founder confirmed although they are not in a relationship anymore.

Ellison ran Alameda, but Bankman-Fried was also active, contributing to important trade decisions, according to a source familiar with the company’s inner workings. There did not appear to be much of a barrier between the enterprises at times. A Wall Street Journal source reported later on that the FTX founder confirmed Alameda owes FTX about $10 billion–presumably what the hedge fund used on “risky bets.”

Despite the billions of dollars invested by venture capital firms, FTX had no outside investors on its board. He wasn’t sharing information with key staff while he went on a buying frenzy this year, investing in troubled crypto firms. When he was told that he was overworked and was advised to hire more people, he refused.

Belatedly, in the interview, Bankman-Fried agreed with critics who claimed he had expanded his commercial interests across a broad set of interests too soon. He said that his other obligations had caused him to miss warning signs that FTX was in peril.

“Had I been a bit more concentrated on what I was doing, I would have been able to be more thorough,” he admitted. “That would have allowed me to catch what was going on on the risk side.”

Bankman-Fried once had the goal of saving the crypto industry, as the space touts him as the genius who would be the “world’s first trillionaire.”

He’s graced the covers of Forbes and Fortune, with the latter asking, “THE NEXT WARREN BUFFETT?”, The Wall Street Journal reported on how he was spending $1 billion to save cryptocurrency, and Vox interviewed him about why he became a political megadonor mostly on Democrat campaigns.

Bloomberg featured him because of his claimed desire to give his money away, profiled as “he’s a kind of crypto Robin Hood, beating the rich at their own game to win money for capitalism’s losers,” and “he’s kind of like a strange sort of capitalist monk.”

Bankman-Fried’s most ambitious goal was to alter cryptocurrency regulation in Washington DC, where he testified before Congress and met with regulators. According to sources familiar with the situation, he also used his rising clout in the capital to disparage his main competitor, Binance chief Changpeng Zhao, in private meetings.

“[Attacking Zhao] was not a good strategic move on my part,” Bankman-Fried admitted in the interview. “I was pretty frustrated at a lot of what I saw happening, but I should’ve understood that it was not a good decision of me to express that.”

The withdrawals on FTX presumably spiked after Binance announced it would liquidate all its holdings in the exchange after “recent revelations,” marking the start of the apparent crypto Twitter feud between Zhao and Bankman-Fried.

Binance was set to extend “help” when Bankman-Fried sought it from Zhao, inking a non-binding deal for the China-based exchange to acquire FTX. According to two people familiar with the situation, Zhao wrote a brief message in a Signal group chat that included Bankman-Fried and other FTX representatives: “Sam, I’m sorry, but we won’t be able to continue this deal,” he wrote. “Way too many issues. CZ.”

Bankman-Fried then rushed to secure new funding. “I shouldn’t throw stones in a glass house, so I’ll hold back a bit,” he stated in a note to employees obtained by The New York Times. “Except to say, [they] probably never really planned to go through with the deal.”

After much shade throwing and a shelved acquisition, Bankman-Fried finally admitted to the shambles that FTX is in–but not without referencing to his “sparring partner,” saying “well played, you won.”

As if rubbing salt to the bankrupt wound, Zhao recently announced the Binance’s intentions to form a fund to assist ventures experiencing a liquidity issue as the bankruptcy of rival FTX ripples across the sector. Tentatively called the “industry recovery fund,” the initiative aims to “help projects who are otherwise strong, but in a liquidity crisis.”

READ: Binance’s CZ Is Fulfilling What FTX’s SBF Set Out To Do In The Crypto World

The feud recently got another tinderbox after Zhao accused in a Twitter space AMA that FTX is connected to the article on Reuters about Binance accepting transactions in Iran despite US sanctions–which the chief executive has reportedly belied.

“We believe that the article is grossly inaccurate… We have got evidence that the information that was provided to Reuters to write [the] article came from a small exchange called Currency.com who was invested by FTX,” Zhao said. “We said before we don’t like industry players lobbying against other industry players and having news like that, that’s one case there.”

Amid all the issues, Bankman-Fried was surprisingly calm in the interview, according to The New York Times. “You would’ve thought that I’d be getting no sleep right now, and instead I’m getting some,” the FTX founder said. “It could be worse.”

According to a person familiar with the situation, his management of FTX is now the focus of an investigation by federal prosecutors in New York, who have begun contacting potential witnesses. Sullivan & Cromwell is representing FTX in the investigations and bankruptcy, while Paul Weiss lawyers are representing Bankman-Fried.

“People can say all the mean things they want about me online,” Bankman-Fried quipped. “In the end, what’s going to matter to me is what I’ve done and what I can do.”

Information for this briefing was found via The New York Times, Reuters, The Vice, and the sources mentioned. The author has no securities or affiliations related to this organization. Not a recommendation to buy or sell. Always do additional research and consult a professional before purchasing a security. The author holds no licenses.

One thought on “In A Nutshell: How FTX Fell From Grace, According To Sam Bankman-Fried Himself” 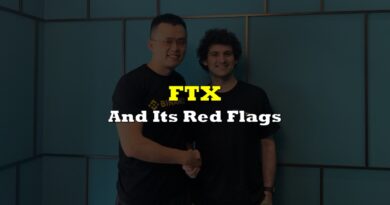 Will SBF’s Story Be The Next ‘The Big Short’? 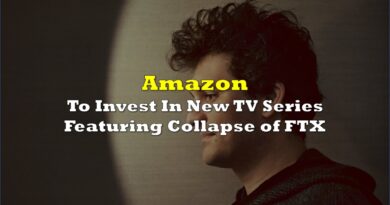