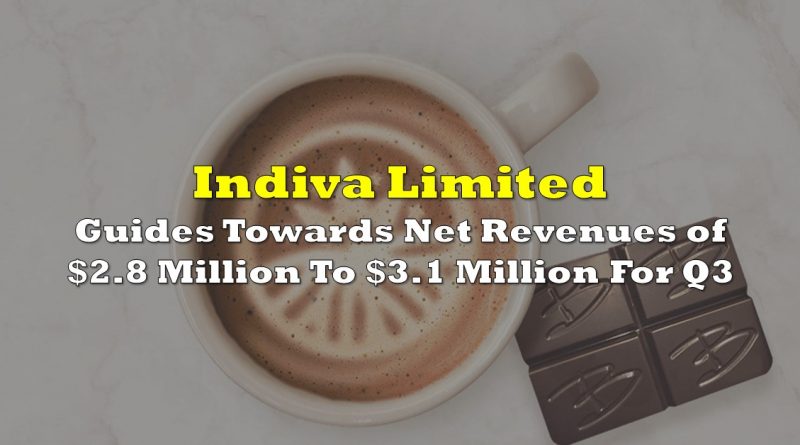 It appears that Indiva Limited (TSXV: NDVA) might finally be hitting its stride in terms of revenue generation. The Canadian edibles producer this morning announced that it is expecting record net revenue for the third quarter of 2020, with revenues expected to come in between $2.8 million and $3.1 million. The guidance represents a significant 1,400% growth rate in year over year revenues, while also representing a 9% increase quarter over quarter.

Further, it seems the company is showing little sign of slowing down with it being noted that September was the best month on record for the firm. Its increasing sales saw a further push from the release of new gummies products during the month, which came available in five jurisdictions. The small company now holds 28.8% of the Ontario edibles cannabis market as of the end of September, with data for other jurisdictions not being provided.

Furthermore, the company also guided to continued growth in the fourth quarter, based on purchase orders received thus far along with the planned release of further products. However, detailed targets were not provided.

While the steady improvement in net revenues is undoubtedly a positive for the firm, investors will likely be looking towards the gross margins received on those products when financials are released for the quarter. While the second quarter posted steady revenue gains with $2.56 million in net revenues for the period, gross margins before fair value adjustments amounted to just $21,478 after licensing fees and costs of goods sold were deducted.

If the firm wishes to every achieve profitability, the gross margins will require significant improvement. In terms of expenses however, the company posted overall low expenses relative to peers, at just $1.59 million for the quarter, of which $1.18 million was attributed to general and administrative expenses.

Indiva Limited last traded at $0.25 on the TSX Venture. 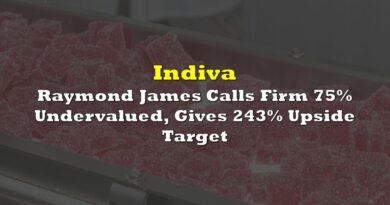 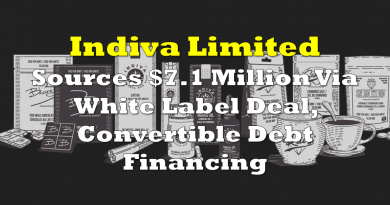 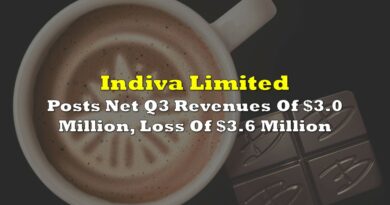