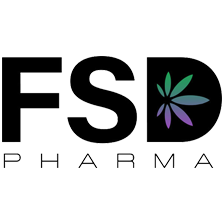 FSD Pharma Inc (CSE: HUGE, OTCMKTS: FSDDF) is for all intents and purposes focused solely on its optics. This can be quickly determined by any investor based on not only their ticker symbol, but the statements the company makes repeatedly. The largest facility. The most shares traded. The largest outstanding share count.

When the optics are pushed to the side however, what are we left with? Has the company met investor expectations? Are timelines being met for the advancement of the facility? Is the facility really so huge? While many questions are abound, we focused on one item in particular for our latest analysis: the facility itself.

The primary subsidiary of FSD Pharma, FV Pharma, is situated in what is now referred to as the former Kraft facility in Cobourg, Ontario. A little over an hour away from Toronto, the facility has been pitched as being close to many major markets and transport routes that will prove beneficial for the distribution of product.

FV Pharma was initially awarded a license to cultivate cannabis in mid October 2017, in an area comprising of approximately 25,000 square feet within the ex-Kraft complex. Since this point in time, the company has taken strides to increase the production space and capacity of the facility. Most notably it partnered with Cannabis Wheaton, now known as Auxly Cannabis, to create a joint venture for what was touted as “the largest indoor cannabis cultivation and processing facility in the world.”

The facility itself is comprised of 620,000 square feet of space as per company filings, and is located on 70 acres of land. However, there are discrepancies here that the company has yet to address. Across numerous filings, the total acres of the facility appears to fluctuate, with a range of 70 to 72 acres being stated. This however, is still a higher figure than the 67 to 69 acres associated with the property in any sales listing that we could locate over the last ten years.

Moreover, the total square footage of the complex is in question as well. Officially, the company states that the facility is a total of 620,000 square feet in size. However, the listings for the property that we found reference the size as being anywhere from 581,538 square feet to that of 605,000. We have not as of yet found a property listing that identifies the facility as being as large as 620,000.

We reached out to the company to receive confirmation on the our findings. When initially asked about the property size, investor relations stated a size of 620,000 square feet and the facility as a whole being 70 acres. When presented with documentation from the company that stated things to the contrary they elected to avoid the question and instead stated “these accuracy changes will be addressed.” They also graciously invited us to an open house slated to occur December 20, 2018.

Although some may view the difference of two acres as immaterial, keep in mind that this facility is located in the core of an urban area and not in the middle of a field.

In addition to this, there are discrepancies in what FSD Pharma refers to as “Phase One” of their expansion plans. Within the latest investor presentation which is dated as October 2018, they identify that the first phase will consist of an expansion to 820,000 square feet. This directly contradicts what they have previously referred to as the first phase of construction and thus can be viewed as extremely misleading.

On July 3, the company stated within a press release, “The first phase of the buildout of the FV Pharma facility (the “Facility”) in Cobourg, Ontario has been approved in an updated construction and development budget provided by Auxly. Of the current 620,000 square feet of building space available, 220,000 square feet will be developed and fully funded.” This goes directly against the investor presentations statement of phase one consisting of an expansion to 820,000 square feet.

This same investor presentation also goes on to state that the “initial production space” at the Kraft facility will consist of 820,000 sq ft which is simply materially false – current production consists of 25,000 sq ft of the facility, thereby eliminating any reference to the “initial” space being of this size.

The current expansion, which is fully funded by Auxly Cannabis and will see the facility increase in size by 220,000 square feet, is slated to be completed by the end of this month. The company then anticipates Health Canada will allow the firm to begin cultivating cannabis in the expansion area by the end of the first quarter of 2019.

FSD Pharma is still awaiting its sales license for its initial production area, which they had anticipated receiving in September 2018. 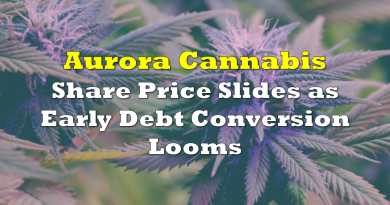 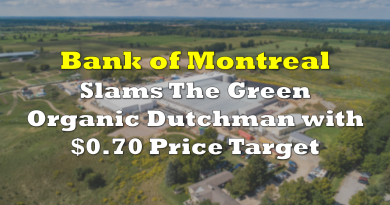 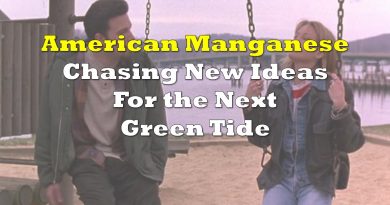