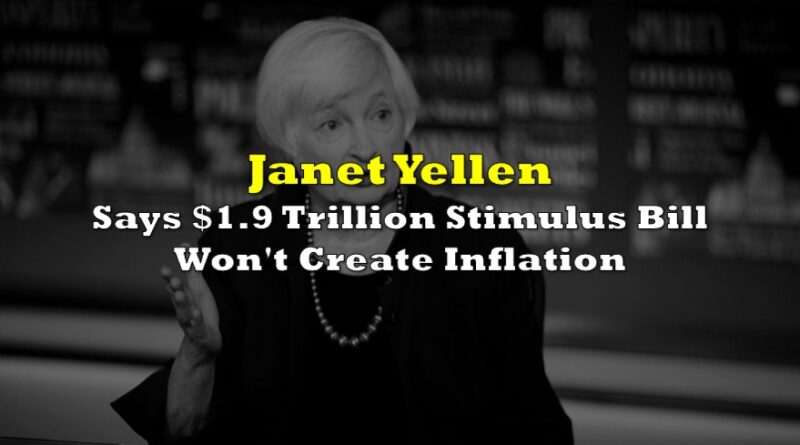 US Treasury Secretary Janet Yellen has been downplaying concerns regarding an impending breakout in inflation following the recent increase in Treasury yields and Biden’s upcoming $1.9 trillion stimulus package.

In an interview with PBS NewsHour on Friday, Yellen said the recent surge in Treasury debt yields were the result of growing economic recovery optimism, rather than a sign of upcoming inflation. “I don’t see that the markets are expecting inflation to rise above the 2% inflation objective that the Fed has as an average inflation rate over the longer run,” Yellen reassured. “Long-term interest rates have gone up some — but mainly, I think, because market participants are seeing a stronger recovery,” she noted.

Last week, 10-year Treasury yields were sent soaring to the highest in nearly a year, following better-than anticipated February employment data. According the Department of Labour, the month of February saw a total of 379,000 jobs added to the labour market, which significantly exceeded forecasts and dropped the US unemployment rate to 6.2%.

Then, in another interview with MSNBC on Monday, Yellen— when pressed about the upcoming $1.9 trillion stimulus bill creating an inflation problem, downplayed the growing fears. “I really don’t think that’s going to happen,” she said when questioned about concerns regarding a potential surge in prices following the deployment of the stimulus bill despite signs of the economic recovery already gathering pace. In fact, she stated that the US inflation level “was too low rather than too high” even prior to the pandemic.

“I think we should want a rapid recovery,” Yellen pushed back. “We have a large number of workers who are long-term unemployed, and we have to make sure they’re not scarred to the point where this pandemic has a permanent impact on their lives,” she continued. On Saturday, the stimulus package was passed by the Senate, and is expected to be taken up by the House on Tuesday. If passed, Yellen anticipates the bill will bring the US to full employment levels by 2022.

Information for this briefing was found via PBS and MSNBC. The author has no securities or affiliations related to this organization. Not a recommendation to buy or sell. Always do additional research and consult a professional before purchasing a security. The author holds no licenses. 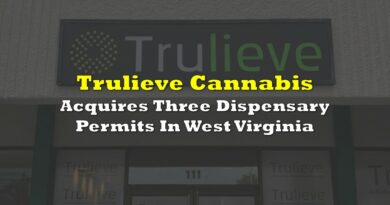 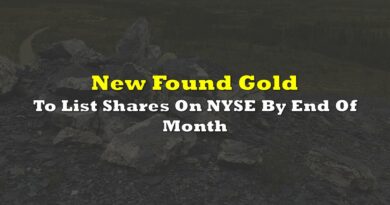 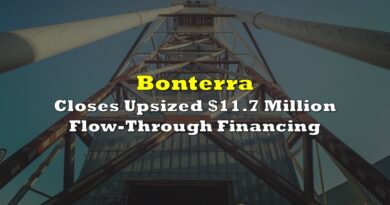