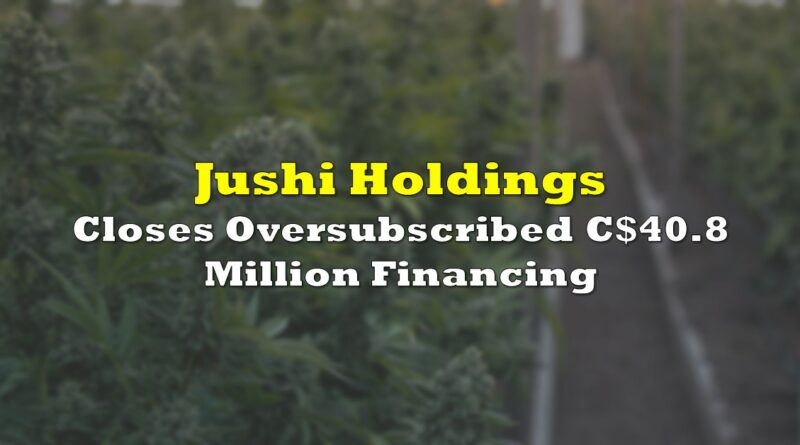 Under the original terms of the financing, the company was to raise $35.5 million via the sale of 10,000,000 shares at a price of $3.55 per share. With the over-allotment option being exercised, a total of 11,500,000 subordinate voting shares of the company were sold under the offering.

Net proceeds of the offering are to be put towards “opportunistic acquisitions” as well as general corporate purposes.

Canaccord Genuity was the sole bookrunner for the financing, with the syndicate of underwriters including Beacon Securities, Eight Capital and PI Financial.

Jushi Holdings last traded at $3.64 on the CSE. 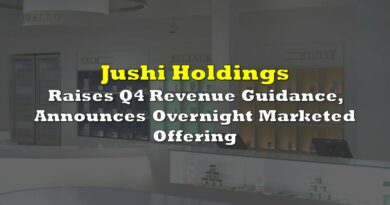 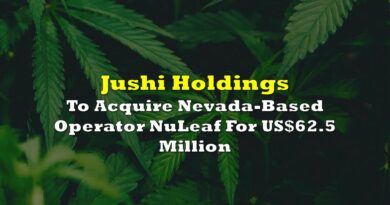 Jushi Holdings To Acquire Nevada-Based NuLeaf For US$62.5 Million 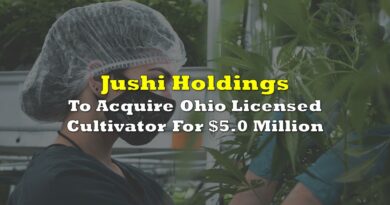