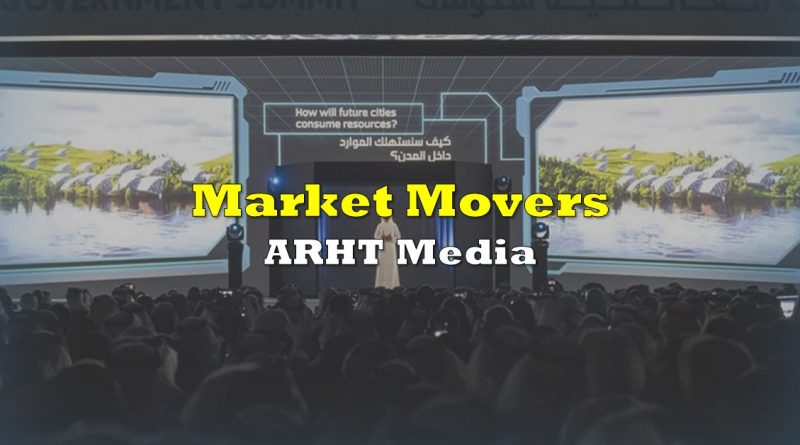 Through June of 2020, Arht Media (TSXV: ART) was a tech company that could be described as well-forgotten if anyone had bothered to know about it in the first place. In the month of July, it’s done 27.3 million shares worth of TSX Venture volume, 7 million shares more than it did in the past 11 months, and taken a sharp +172% (+$0.275) jump in price.

Arht assured the market through a template-based press release Monday July 13th that there was no material change driving its recent market success, but the move is certainly making its new spokesperson look good.

Retired CityTV news anchor Gord Martineau signed on at Arht as a “media advisor and consultant,” July 2nd, immediately preceding the aforementioned aggressive upward move. It’s likely just good timing, but to the extent that Martineau is actually working his network to promote this company’s developing services, we’ve got to credit management with a wise exposure move, because it doesn’t strike us as an easy sell beyond the initial appeal.

Arht Media bills itself as a leader in “holographic telepresence,” and is selling the promise of a more real and engaging remote experience in the COVID era. Arht’s tech beams a hologram of a presenter directly into a remote presentation space which, conceptually, allows for presentations to be scaled between multiple sites. It could one day become a handy component of a live events space that is going through a very necessary period of adaptation right now.

Projected holograms have been a viable tech since at least 2012, when Tupac’s ghost played Coachella. Presumably, Arht’s tech works the same way, but we can’t say for sure, because the adjective-heavy “how it works” section of arhtmedia.com is really more of a “what it does” section. Presumably, the innovation here is site-to-site beaming of the presenter from the place the presentation is being given, rather than from a local computer generated image or Argentina, or wherever Tupac was coming from. Demos for the product are available at various studio locations in Canada, the US, the UK and China.

To help with the gear and the tech necessary to run something like this smoothly, the company has partnered with US commercial audio visual distributor Alamo AV.

The quarter ending March 31, 2020 saw Arht do $440,000 in revenue for a $263,000 gross profit. If the recent period of market attention is being driven by a product sales push or product sales event, it will be September before it shows up on an income statement. In the interim, the promise of “telegraphic holopresence” becoming a thing is what has this stock on the move, and a rotating cast of celebrity endorsements are spurring it along. Larry King, Tony Robbins and Zombie Stephen Hawking shilling for it give the concept and tech some cachet, but we wonder about scaling in the near term. If best pandemic practices prevent the gathering of more than 10 people, then the moment for module remote hollo-conferences and hollo-concerts is still a ways away, assuming people will gather and pay to see a hologram under non-pandemic conditions.

Cost of capital appears to be an issue at Arht.

Much of this debt has been rolled over once, and was once owned by insiders. To get it placed in its current incarnation, Arht had to give up warrants to purchase 800,000 shares at $0.15.

Those warrants will go on the pile with the warrants from the previous placement and various other financings to form an aggregate total of 51 million outstanding in-the-money calls on the cap table, 7 million of which are priced from $0.095-$0.14.

The presumptive exercising of those warrants and 800,000 bonus warrants at $0.15 granted to company insiders July 14th will serve to provide some near term working capital for ARHT, while ballooning the share count from 78.5 million to 130.3 million.

Investors may ask of Arht at this time if it will be able to generate enough interest to support its own weight.

Information for this briefing was found via Sedar and Arht Media. The author has no securities or affiliations related to this organization. Not a recommendation to buy or sell. Always do additional research and consult a professional before purchasing a security. The author holds no licenses.