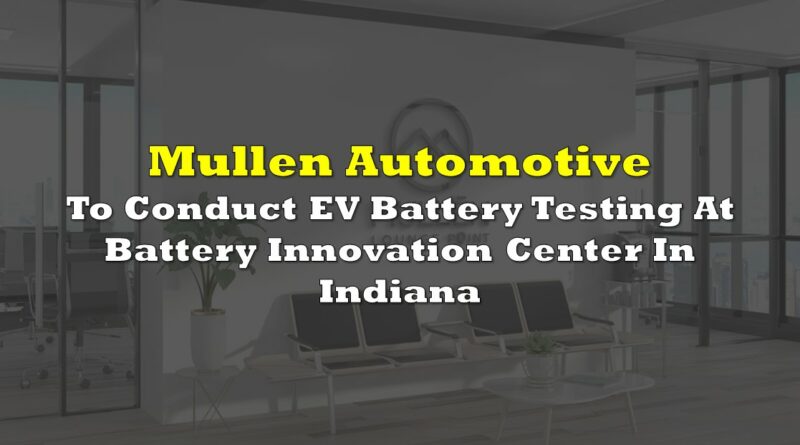 Mullen Automotive (NASDAQ: MULN) traded as high as US$1.73 this morning in pre-market trading off the back of the news that it will be conducting solid-state polymer battery cell testing. The testing is to be conducted through the Battery Innovation Center in Indiana.

The testing will see a total of three tests performed on the solid-state polymer battery reportedly developed by Mullen. Testing will include a constant current discharge test, a peak power test, and a constant power discharge test. Collectively, the testing processes will work to determine the effective capacity, the sustained discharge power capability, and the sustained discharge power capability of the battery over a range of power levels, all of which is said to be representative of use within an electric vehicle application.

The testing to be conducted via the independent facility will look to provide data on the effectiveness of the battery when scaled to “the vehicle pack level,” and whether it can provide over 600 miles of range for the firms Mullen FIVE EV Crossover based on a 150-kilowatt hour equivalent battery.

Test results from the program are expected to be delivered in early May.

The test program follows testing conducted by EV Grid for the company, which saw the solid state battery yield 343 Ah at 4.3 volts, despite being rated for 300 Ah. The results are said to have “showed an impressive outcome and future for solid-state batteries,” while demonstrating that a 150-kilowatt hour version of the battery could deliver 600 miles of range on a full charge. At the time of announcing the test results, the company also claimed an 18-minute charge via a DC fast charger could yield roughly 300 miles of range.

However, while that data was released earlier this year on February 28, as it turns out, that may not be entirely accurate. Research into the company by Nate Anderson at Hindenburg Research revealed that the company actually released the results initially in 2020. And after holding discussions with Tom Gage, the CEO of EV Grid, it appears that that testing may have actually been conducted earlier than that. Further, Gage also stated that the claims pushed by the company are not what was stated by EV Grid.

“No we would never have said that. We never did say it and certainly wouldn’t have said it based on the results of testing that battery. [..] EV Grid more or less ceased operations by June or July of 2020 and for the first half of the year it was basically shut down .. So that makes me think that whatever testing we did probably was in 2019 or even 2018,” Gage is quoted as saying by Hindenburg.

Mullen has not responded to the report produced by Hindenburg. Instead, they announced two weeks later that they are to begin construction for electric vehicle battery production at a facility in Monrovia, California. The firm will reportedly manufacture its own battery packs as a means of reducing its dependence on third party providers. The company expects to lower costs and improve quality as a result.

“Building our own battery packs makes sense as it reduces our reliance on third-party suppliers and lessens our risk of being subjected to the waves of supply and critical component shortages. The entire industry is struggling with supply chain issues and the more control we have in-house, the better off our vehicle programs will be,” CEO David Michery said at the time.

Information for this briefing was found via Seeking Alpha, Hindenburg Research and the companies mentioned. The author has no securities or affiliations related to this organization. Not a recommendation to buy or sell. Always do additional research and consult a professional before purchasing a security. The author holds no licenses. 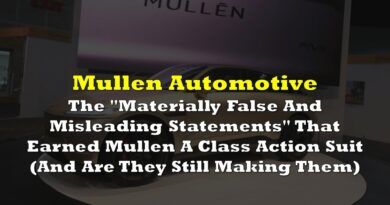 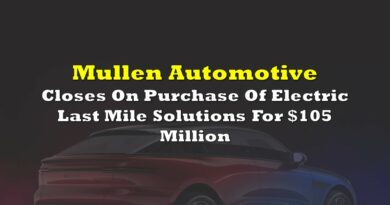 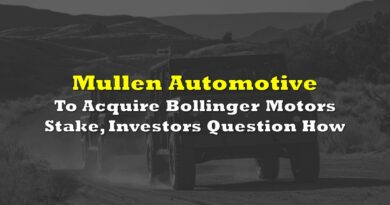