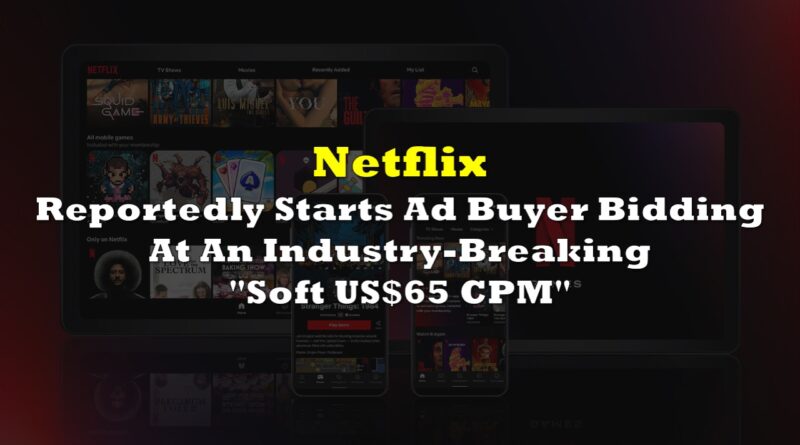 Netflix (Nasdaq: NFLX) seems to be determined to recoup its declining revenue and membership base real fast. The streaming platform is reportedly asking ad buyers to submit initial bids next week, with the cost per impression (CPM) pegged at a “soft US$65.”

The company is working on launching its ad-based tier subscription model with Microsoft, moving up the timeline of going live to November 1 in order to beat Disney+ a month ahead of releasing its own ad-supported model.

The platform’s soft bid is well-above the industry’s common practice at US$20 CPM, even higher than the average cost in traditional platforms like broadcast television and newspaper ads.

“My guess is they won’t get that,” an ad buyer reportedly told Variety. “At anything above US$20 [CPM], the feeling is, ‘Let’s let other advertisers wade into that pool first’.”

No official pricing has been determined yet but Netflix seems to be looking at between US$7 – US$9 per month retail pricing once the ad-based tier comes in. The model will also reportedly have limited targeting ability.

The ad-supported tier would have four minutes of ads per hour for series while there would be pre-roll ads for movies. The platform is looking at capping frequency at one ad per hour and three ads per day per viewer.

The company expects 4.4 million sign-ups for the ad-supported tier, and is asking ad buyers for an initial US$10 million minimum commitment for ad spending, according to the source.

The streaming platform has faced challenges in its revenue and membership growth. It recorded US$7.97 billion in revenue for Q2 2022 and is projecting the subsequent quarter for a decline at US$7.84 billion.

On the other hand, competitor Disney saw its paid subscriber base across its streaming platforms, Disney +, ESPN +, and Hulu, increase to 221.1 million, topping for the first time Netflix’s plateauing 220.7 million users as of Q2 2022.

Information for this briefing was found via Variety and the sources mentioned. The author has no securities or affiliations related to this organization. Not a recommendation to buy or sell. Always do additional research and consult a professional before purchasing a security. The author holds no licenses. 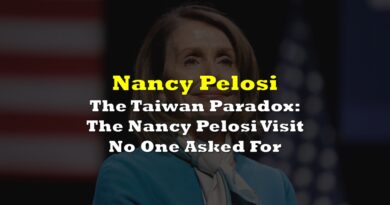 The Taiwan Paradox: The Nancy Pelosi Visit No One Asked For 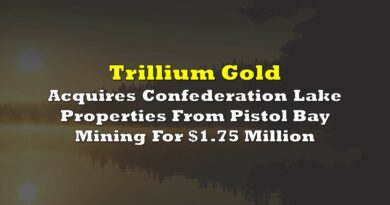 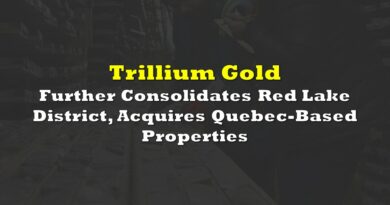