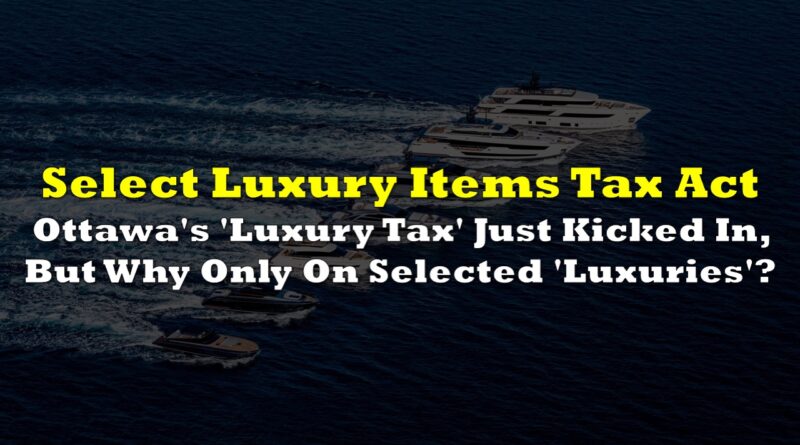 Effervescent of American democrats’ “tax the rich” call, the Select Luxury Items Tax Act applies to vehicles and personal aircrafts valued over $100,000 and personal boats or yachts valued over $250,000. The one-time sales tax is calculated via 20% of the value in excess of the threshold or 10% of the total asset value, whichever is lower.

However, the federal government’s latest fiscal move is not without its criticisms, mainly the plan potentially dampening the boating industry’s boom that started during the pandemic.

The characteristic of the tax plan in that it levies on–as the name implies–select luxury items is also being questioned, challenging if the measure really connotes “paying the fair share.”

“[The luxury tax] is a loaded approach,” according to former assistant deputy minister of fiscal policy Don Drummond. “It’s not just saying, ‘We want to have the better-off paying more tax.’ We’re saying we want them to pay more tax on very specific things, not even close to being all luxury goods.”

This is echoed by Mississaugan boat retailer Pat Sturgeon, saying that it is unfair that other high-priced items like recreational vehicles are not included in the tax plan.

“A lot of my clients are not necessarily wealthy clients. In fact, most of them are just regular people trying to fulfil a dream,” Sturgeon said.

“I think it is entirely reasonable to say to someone who has $100,000 to spend on a car or a plane, or $250,000 to spend on a boat, ‘You need to pay a 10 per cent tax to help everybody else,'” said Freeland. She added that while she thinks it is great for Canadians to be “successful” and “prosperous,” she also thinks that “people who are doing really, really well should feel comfortable supporting everybody else.”

Information for this briefing was found via CBC and Toronto Sun. The author has no securities or affiliations related to this organization. Not a recommendation to buy or sell. Always do additional research and consult a professional before purchasing a security. The author holds no licenses. 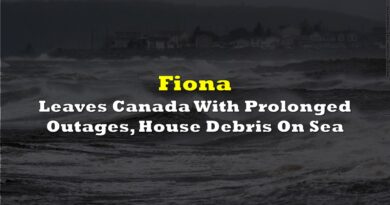 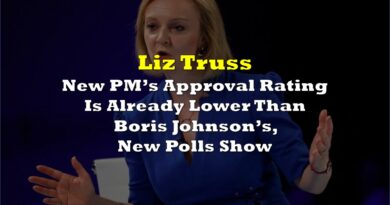 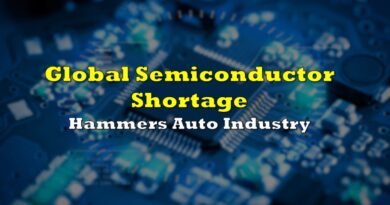